Steadfast Jan Rodowicz aka Anoda fighting against the Germans and communists 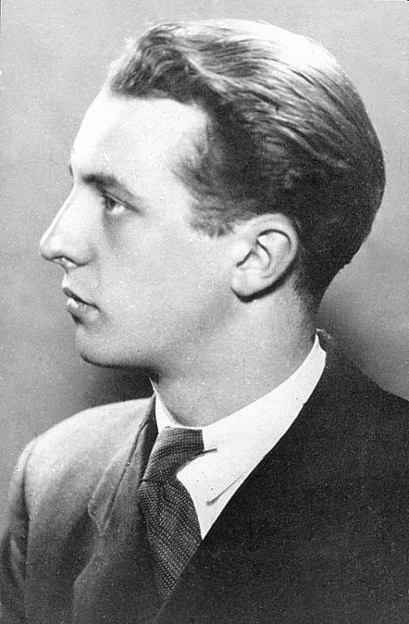 When the Second World War broke out in 1939, he was 16 years old. It was then that he abandoned his youthful dreams and stood up to fight the enemy. He fought against the Third German Reich and the communist regime forced on Poland by the Soviet Union. He derailed German trains, rescued prisoners and attacked enemy outposts. He did not leave his men alone at the mercy of his enemies.

In September 1939, Poland was invaded by two hostile totalitarianisms: the Third German Reich and the Union of Soviet Socialist Republics – thus unleashing the Second World War. The Polish state collapsed under the onslaught of hostile forces, but the Poles did not lay down their arms. They continued to fight, but in conspiracy.

Against the Germans in the underground

Jan Rodowicz joined one of the underground organisations, adopting the pseudonym “Anoda”. He became a member of the Grey Ranks – that is, a conspiratorial scouting organisation. At the same time, he did not give up further education, as not only the Polish army and civil authorities but also the education system went underground. Rodowicz received his education at the so-called ‘secret lectures’, which were held in total conspiracy against the occupying forces. As a result, he passed his matriculation exam in 1941. Later, he completed a course in mechanical and electrical engineering, while working in an electrical engineering workshop and engaging in underground activities. He also expanded his knowledge of military training. At the end of 1942, he completed a course at the officer cadet school, then underwent combat and diversionary training.

At the beginning of the war, “Anoda” was involved in the so-called “small sabotage” in the “Wawer” organisation, operating as part of the Grey Ranks and at the same time subordinated to the Headquarters of the Union for Armed Struggle. Its members, drawn mainly from schoolchildren, wrote anti-German slogans on walls and ridiculed the occupant’s decrees, thus trying to keep the patriotic spirit alive in society.

After gaining military knowledge and experience, Jan Rodowicz began to participate in armed actions. He was appointed deputy commander of a squad, commanded by Feliks Pendelski “Felek” – as part of the ‘Grey Ranks’ Assault Groups.

Among other things, he took part in the famous “Arsenal action”, which took place on 26 March 1943 and had code-named “Mexico 2”. During the battle, the young Polish partisans rescued their friend Jan Bytnar “Rudy”, one of the commanders of the Assault Groups of the Grey Ranks who was imprisoned by the Germans. In this action, Jan Rodowicz “Anoda” displayed extraordinary courage and heroism, rescuing Aleksy Dawidowski. In recognition of his merits, the command decorated Rodowicz with the Cross of Valour.

This was not the only combat action of “Anoda”. He took part in the rescue of 49 prisoners transported by train to the German Auschwitz concentration camp and in an attack on chemical warehouses to obtain potassium chlorate for bomb-making.

In the second half of 1943, Rodowicz took command of a platoon. He took an active part in all combat actions, together with his men. In September 1943, together they derailed and shot at a German train on the Warsaw-Dęblin line, which was carrying German soldiers on leave. In June 1944, they blew up a railway culvert near Przeworsk, with the aim of paralysing German logistics. In the same month they also fired at German cars near Warsaw.

In the Warsaw Uprising

In the last days of July 1944 Rodowicz returned to Warsaw, where on 1 August the largest anti-German armed uprising of World War II called the Warsaw Uprising, broke out. As deputy platoon commander, “Anoda” took part in the capture of the school building at 13 Spokojna St. Then, on 8 August, he participated in the defence of the Wola cemeteries. Together with his platoon, he carried out an effective counterattack on the Germans. There was even a hand-to-hand fight with enemy soldiers, but he managed to drive the Germans out of their positions, inflicting heavy losses for Germans and capturing weapons that the insurgents sorely lacked. A day later, however, “Anoda” was wounded and taken to hospital. The Home Army Command (https://dignitynews.eu/pl/armia-krajowa-ak-byla-fenomenem-w-okupowanej-przez-niemcow-europie/ ) awarded him the Silver Cross of the Order of Virtuti Militari for his fight (https://dignitynews.eu/pl/virtuti-militari/ ) and promoted him to the rank of lieutenant.

While “Anoda” was receiving treatment in hospital, his outpost was evacuated from the Old Town. The wounded had to go through the sewers to safer places. In September, “Anoda” returned to combat, but was wounded again. Unfortunately, on the way to hospital he was wounded once more. He then lost consciousness and was evacuated to the other side of the Vistula. There, the Soviet army was stationed, watching the blood-soake Uprising and not intending to help in the fight against the Germans.

Rodowicz was taken to hospital in Otwock, near Warsaw. When he finished his treatment and left the hospital in early 1945, he found Poland already ruled by communists. Like many of his colleagues, he joined the new conspiratorial movement. He was involved in reconnaissance of security offices and prisons and helped to protect representatives of the legal authorities of Poland. He also looked after the memory of his fallen colleagues, organising funerals for those killed in combat, whose bodies were extracted from under the ruins of Warsaw destroyed by the Germans.

He also tried to return to normality and began to attend university at the Warsaw University of Technology. However, on Christmas Eve 1948, he was arrested by communist secret service officers. He was interrogated in a brutal manner: he was beaten and tortured. On 7 January 1949, after one of the interrogations, he died. According to the version presented by the communist authorities, he was supposed to commit suicide by jumping from the fourth floor. However, it is most likely that he was pushed out of it by security officers.

The body of “Anoda: was secretly buried and his family was not informed of his death until 1 March. A dozen days later, Rodowicz’s family exhumed him and buried him in a family grave at the Old Powązki cemetery in Warsaw.