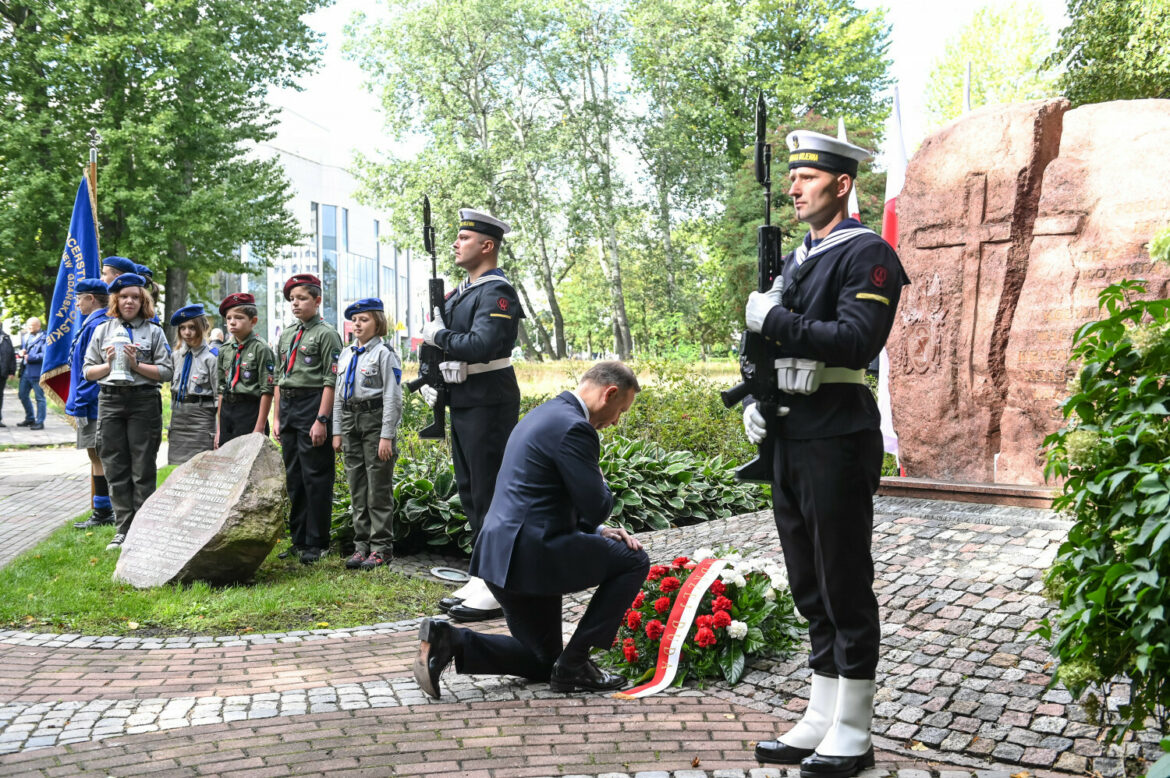 President Andrzej Duda laid a wreath in front of the ‘In Honour of the Deportees of Siberia’ monument in Gdynia to commemorate the victims of the Soviet invasion of Poland on 17 September 1939. “Today we pay tribute to all those who were murdered by the Soviets,” said the President.

During the ceremony, Andrzej Duda recalled that on the 83rd anniversary of that aggression, Poland is opening the Vistula Spit Crossing. The President stressed the strategic importance of this investment.

The Vistula Spit Crossing makes Poland independent of Russia, which until now gave its consent for the passage of Polish vessels through the Pilawa Strait. Therefore, as Andrzej Duda said, such an event must be preceded by a tribute to the victims of the Soviet invasion.

“This is a tribute to those millions of Poles who were murdered, who perished, who suffered as a result of the Russian invasion in that terrible September 1939, when Poland was attacked and destroyed by two interacting totalitarianisms filled with hatred – the German Nazi Reich and by Stalinist Russia, with its communism and Stalinism”, the President said.

The President remembered that 2 million Poles were murdered, including Polish Army officers at Katyn, Kharkov, Miednoye, Tver and other places. He added that the events of 1939 are called genocide, because it was a crime aimed at destroying the Polish intelligentsia and thus the Polish nation. He also drew attention to those who were deported to Siberia and died in gulags.

83 years ago, on 17 September 1939, the Soviet invasion of Poland took place. The Red Army entered the eastern territories of our country. Thereby it implemented the provisions of the secret protocol of the Molotov-Ribbentrop Pact, in which Germany and the USSR divided spheres of influence between themselves.