Strona główna » PM Morawiecki in response to Russian mobilisation: We have done a lot for Ukraine, but we must do even more
Events

PM Morawiecki in response to Russian mobilisation: We have done a lot for Ukraine, but we must do even more 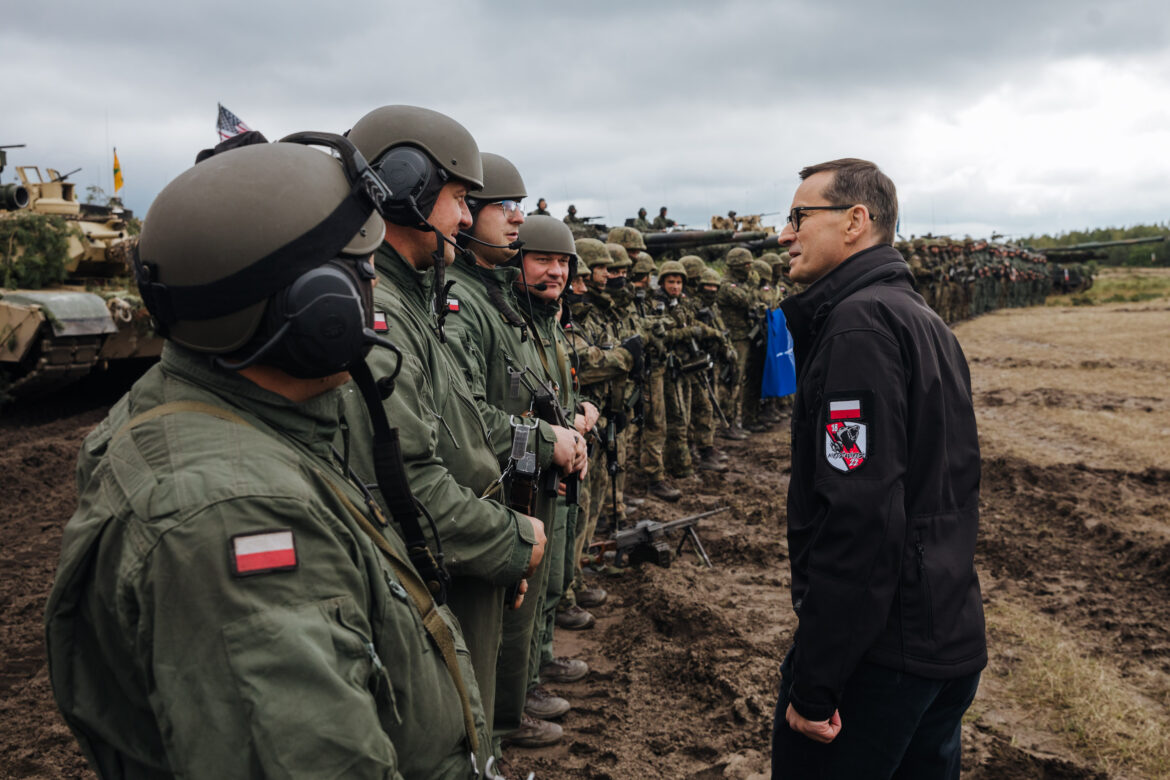 “In response to the Russian mobilisation, the entire community of free states, and in particular the community of NATO, the strongest alliance in the history of the world, must respond with support for Ukraine. Russia cannot prevail in Ukraine. Therefore, I appeal to Western leaders, especially Western Europe, the European Union: we have done a lot for Ukraine, but we must do even more”, said Prime Minister Mateusz Morawiecki at a press briefing in Nowa Dęba, where he observed the military exercise Niedźwiedź-22.

Prime Minister Morawiecki convinced that “it cannot be the case that this heroic resistance on the battlefield and the victories of the Ukrainian army on the battlefield are now met with a brutal, barbaric counterattack from Russia”. He stressed that today there is a “barricade of freedom” in Ukraine, so for Poland and Europe it should be a “cause for another mobilisation” to do everything to ensure that Ukraine “can defend itself against this additional mobilisation announced by the Kremlin”.

Niedźwiedź-22 is the 18th Mechanised Division’s largest exercise this year that reinforces the full cooperation of allied troops from Poland, the US and the UK. Together, tankers on three types of tanks perform tasks: Poles on Leopards, Americans on Abrams and the British on Challengers.

Prime Minister Mateusz Morawiecki stressed that the government will allocate PLN 98 billion for the modernisation of the Polish army next year.

‘We are strengthening the Polish army today at a pace it has not been strengthened for several decades at least’, said the Prime Minister.  “We are allocating additional tens of billions of PLN for its modernisation through purchases abroad, but also through orders in Poland. We want the Polish army to be provided with effective and modern equipment. Our equipment is verified on the battlefield, in Ukraine. This verification is successful”, said Mateusz Morawiecki.