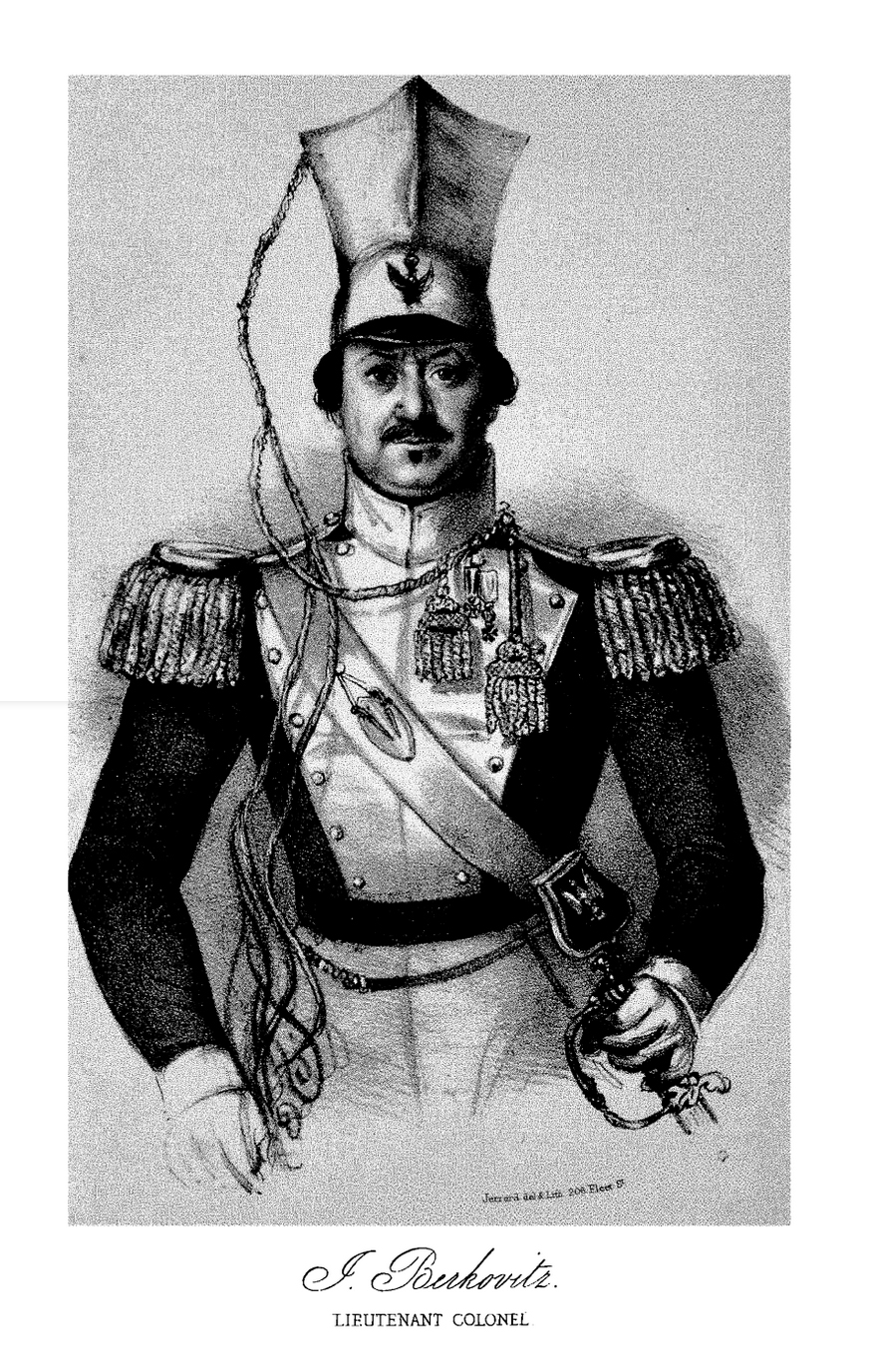 On the night of 29-30 November 1830, an uprising broke out in the Russian Empire-dependent Kingdom of Poland. It was caused by Russian violations of the 1815 Constitution, repression, and political oppression. Representatives of the Jewish population took part in the uprising.

During the first few days after the outbreak of the uprising, robberies increased in the Jewish district of Warsaw, and rumours of an approaching pogrom also began to spread. However, the Administrative Council (the executive authority of the Kingdom of Poland) quickly brought the situation under control, so that some active members of the Jewish diaspora joined the uprising, seeing it as an opportunity to emancipate the Jewish minority. This group attempted to enable Jews to participate in the fighting.

On 11 December 1830, a decree was issued by the uprising’s dictator, General Józef Chłopicki, reluctant towards the Jews, forbidding them to serve in the National Guard and in Polish line troops. At the same time, the requests for the creation of separate Israelite units submitted to the dictator by Stanisław Hernisz and Józef Berkowicz, a descendant of a well-known Jewish commander who had fought during the Kosciuszko Insurrection, were warmly welcomed. However, the Jews, who were open to contact with Polish society, wanted above all to serve in the military as part of common formations, and therefore strove to revoke the discriminatory provisions against them.

As a result of an application signed, for example, by J. Chłopicki’s friend, the well-known physician Józef Wolf, Jews were finally allowed to join the National Guard. There were 409 of them in this formation, but they had to meet stringent conditions (including possessing assets of at least 60,000 zlotys). Jews also served in a newly-formed unit, the Jewish Town Guard, which supported town guards throughout the country, in auxiliary formations, sanitary service, and supported the uprising financially (the Warsaw banker Aleksander Wertheim was particularly generous). However, attempts to create a Jewish volunteer regiment failed.