Strona główna » How was communist power installed in Poland? – Falsified elections in 1947
History

How was communist power installed in Poland? – Falsified elections in 1947 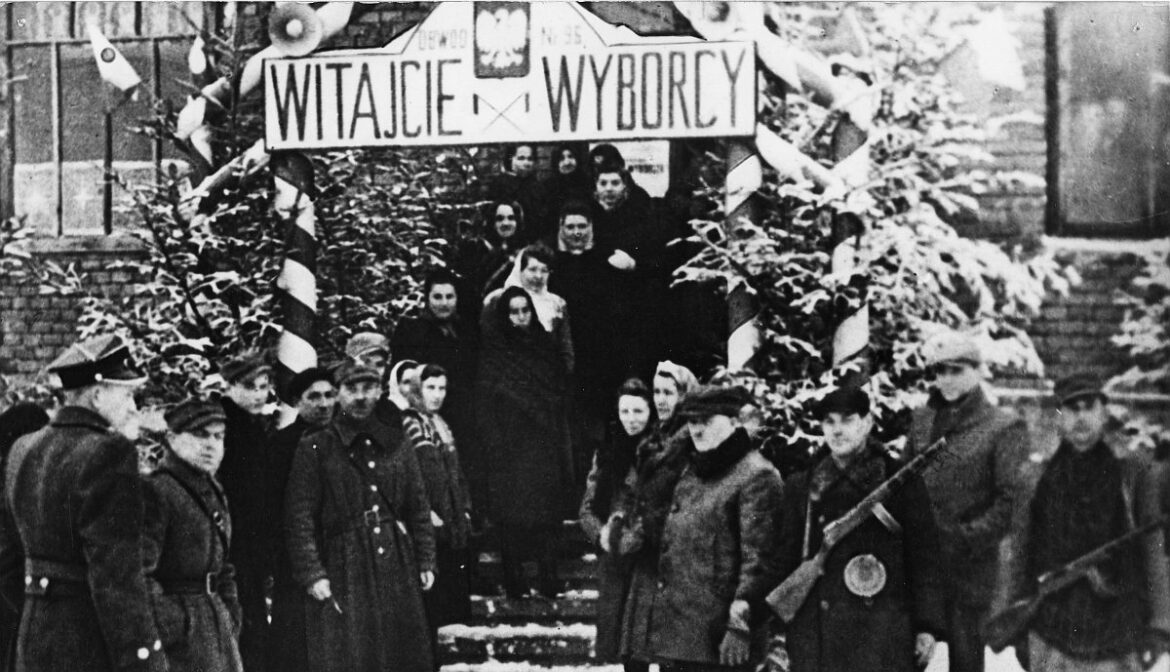 On 19 January 1947, elections to the Legislative Sejm took place in Poland. Officially, the bloc of democratic parties led by the communist Polish Workers’ Party (PPR) received more than 80 % of the vote. The elections were accompanied by omnipresent terror and the ‘correctness’ of the elections was supervised by Soviet advisers.

One of the items on the agenda of the Yalta Conference, which took place from 4-11 February 1945, was the question of Poland’s future. As a result, the Polish state remained in the Soviet sphere of influence.

However, one of the resolutions of the leaders of the United Kingdom, the United States and the Soviet Union provided for the holding of “free and unfettered elections in Poland as soon as possible”, in which “all democratic and anti-Nazi parties would have the right to participate and nominate candidates”. The Polish Communists grouped in the PPR, realising the lack of actual support in society, tried to postpone the date of the parliamentary elections. At the same time, terror was omnipresent in the country. Abandoned cells in recent German prisons were filling up with Polish patriots who refused to accept the installation of communist power.

The test for the communist authorities was the referendum of 30 June 1946, the results of which were falsified with the enormous support of Colonel Aron Palkin, a ‘specialist’ in this field from the Soviet security services. The authorities were only able to function thanks to the support of both the Soviet and the domestic security apparatus.

The referendum gave the pretext to postpone the parliamentary elections. This gave the PPR the time it needed to fight a viable political opponent, the Polish People’s Party (PSL).

The date of the elections was finally set for 19 January 1947. The communist authorities launched a broad propaganda campaign aimed at persuading Polish society to vote for the Democratic Party Bloc, with the PPR at the head.

The action also involved the security apparatus and the army with security-propaganda groups set up for this purpose, whose primary task was to terrorise the population. The authorities went as far as breaking up PSL election meetings, arresting their activists and even murdering them.

It is assumed that around 150 people had been murdered by the time the elections were announced, among them even parliamentary candidates. According to the officially announced and falsified data, 80.1 % of the vote was cast for the Democratic Party Bloc, the PSL won only 10.3 %, although according to its activists the actual support was over 60 %.