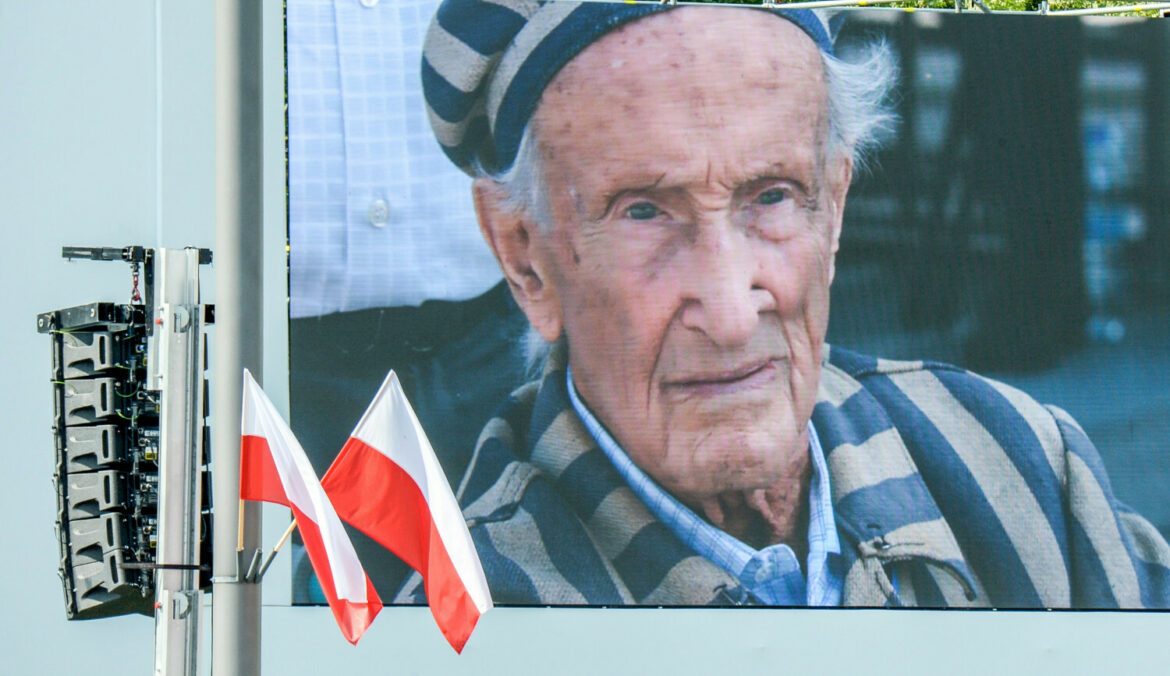 Edward Mosberg, a Polish Jewish Holocaust survivor, committed to fostering Polish-Jewish dialogue, has died at the age of 96. Mosberg’s funeral ceremony was attended by President Andrzej Duda who posthumously awarded Mosberg the Grand Cross of the Order of Merit of the Republic of Poland.

“A short while ago in New Jersey, we said goodbye to Mr Edward Mosberg, A Polish Jew – Holocaust Survivor, a tireless and courageous Witness to history, a Patriot, a steadfast Defender of the good name of Poland and the Polish people. We thank the Lord God for his beautiful life. R.I.P”, wrote President Andrzej Duda on Twitter.

In recognition of his outstanding contribution to Polish-Jewish dialogue and the development of cooperation between nations, for cultivating the memory and popularising the truth about the Holocaust, the President posthumously awarded Edward Mosberg the Grand Cross of the Order of Merit of the Republic of Poland.

Edward Mosberg was born in 1926 in Krakow. During World War II, he was imprisoned in the Krakow ghetto and was also a prisoner of the German concentration camp Mauthausen-Gusen. In the 1950s, Mosberg emigrated to the United States. He became involved in disseminating knowledge about the Holocaust and also worked to improve Polish-Jewish relations. He took part in the March of the Living at Auschwitz-Birkenau on several occasions.

In 2019, President Duda awarded Mosberg with the Commander’s Cross of the Order of Merit of the Republic of Poland.

“At the age of 93, to return to the city where I was born and to receive such an award is an incredibly moving circumstance for me. I accept this award on behalf of myself, my wife, my children, and grandchildren and, most importantly, in honour of my mother, father, siblings and the 6 million Jews brutally murdered by the German Nazis during the Holocaust. It is important that those who come after us are our witnesses and make sure that the tragedy of the Holocaust is never forgotten”, said Edward Mosberg at the time.