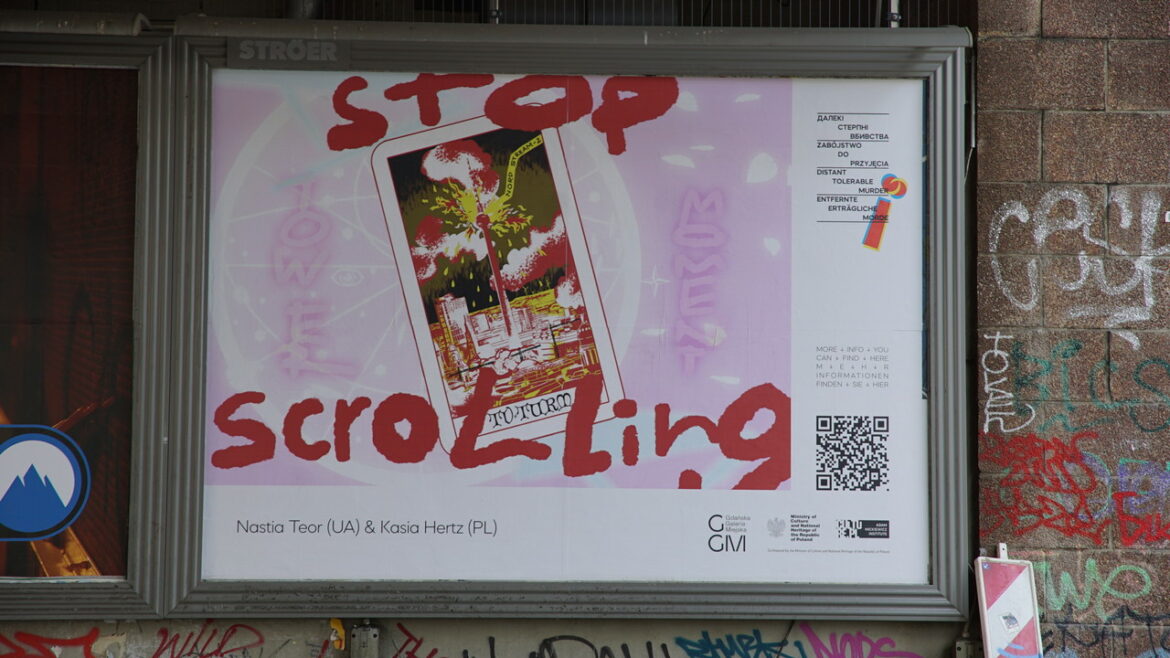 Works by Polish and Ukrainian are presented in the centre of Berlin. The exhibition “Tolerable Murder” was realised in cooperation between the Adam Mickiewicz Institute and the Polish Institute in Berlin and the most important Polish contemporary art galleries. The project was supported by the Ministry of Culture and National Heritage.

The aim of the “Tolerable Murder” project is to express solidarity with Ukraine during the Russian aggression and to support Ukrainian artists. The exhibition consists of 19 works created in Polish-Ukrainian pairs by 18 Polish and 19 Ukrainian artists.

“Tolerable Murder” is a series of artworks made in a variety of techniques, intended to be displayed on billboards. Each work was created from the need to speak about the war and to support Ukraine in the face of Russia’s total military aggression. Work on the exhibition began in the first days of the Russian invasion.

The works were created by Ukrainian-Polish artistic pairs with the support of Polish institutions active in contemporary art and culture. The result of joint reflection is the testimony of artists in immediate danger, and those in, theoretically, safer places. It is also an appeal to people outside of Ukraine to look at themselves, their reactions and actions taken in response to crimes that take place just a few hours by car from the Polish border.

In the age of globalisation and pop culture, perceptions of war are increasingly simplified, and the voice of the people affected rarely reaches a mass audience. The exhibition “Tolerable Murder” allows to resonate the experiences of Ukrainian artists – including those who remain at the heart of the tragic events. It also poses questions about the future of Europe after Russia’s onslaught, making viewers aware that the war is not only about Ukraine, but also about them.

More than a thousand photographs from the 1990s to be exhibited at...