Strona główna » Where is the oldest active synagogue in Poland located? It’s where Kosciuszko called on Jews to fight for Poland
History

Where is the oldest active synagogue in Poland located? It’s where Kosciuszko called on Jews to fight for Poland 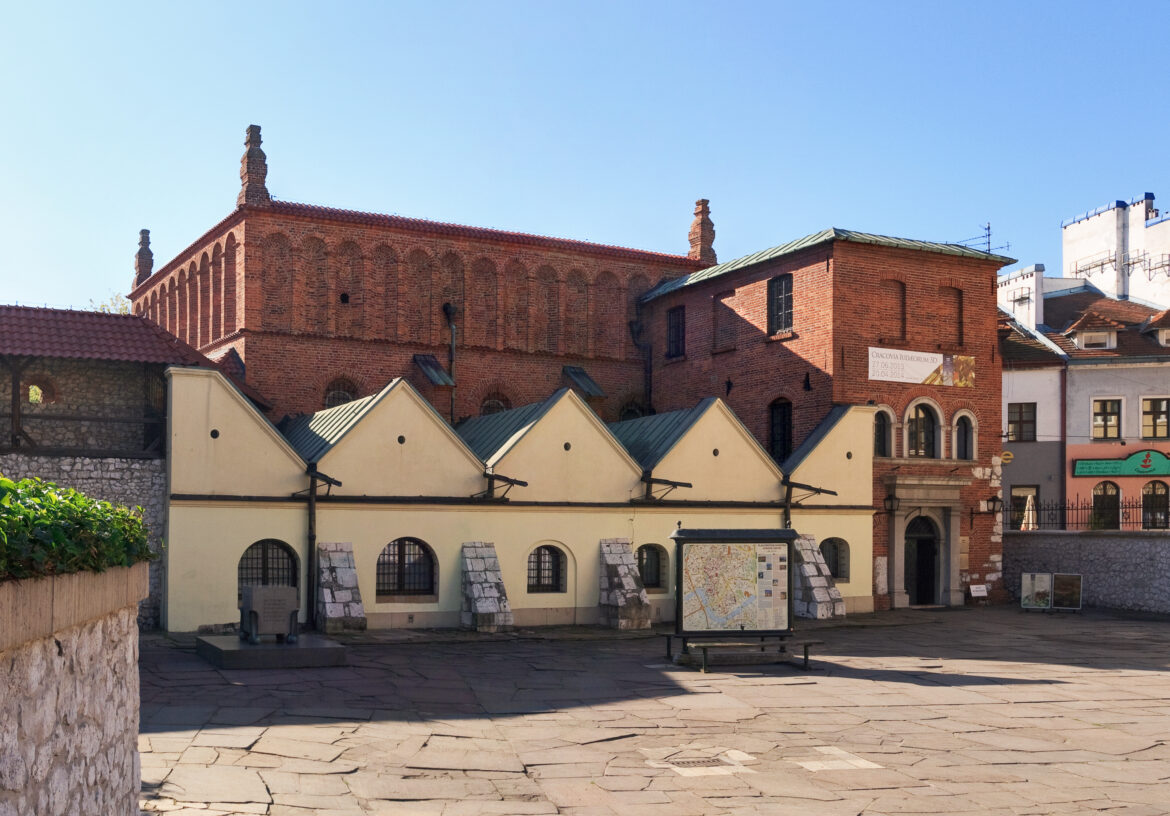 The Jewish Temple, which is the oldest active synagogue in Poland, is located in Krakow’s Kazimierz district and is called the Old Synagogue. It has become a symbol of the long Jewish presence in Poland. Kosciuszko and important Jewish activists spoke there. During World War II, the Germans plundered the temple and used it as a warehouse.

Formerly, Kazimierz was a separate town, abundantly inhabited by Jews. The synagogue was probably built in the second half of the 15th century. Various dates are given, including 1407 and 1492.

Historians note that it is the easternmost Jewish temple, whose architectural style is that of the western part of Europe. This feature distinguishes it from other such buildings in Poland.

Such a style was probably given to it by the Florentine architect Matteo Gucci, who was responsible for rebuilding the synagogue in 1556 after a fire. During the work he made many changes to the temple’s architecture. He gave it a Renaissance style, which also dominated the landscape of Krakow at the time – especially the Main Square.

It was in the Old Synagogue in Krakow where Polish and American national hero Tadeusz Kosciuszko took the stage. When Poland’s neighbors in the 18th century- Russia, Prussia and Austria – were partitioning it, the Poles started the Kosciuszko Uprising. The leader of the uprising, Kosciuszko, called on representatives of all social classes and religious groups, including Jews living in Polish lands, to fight. “I do not want anything for myself, I care only about the deplorable state of the homeland and making all its inhabitants happy, which also includes Jews”, the uprising leader said at the time.

Maurycy Krzepicki, a Jewish activist and participant in the Polish uprising in Krakow, also gave a patriotic speech in the synagogue. Words in support of the national liberation struggle was also delivered there during the Spring of Nations by Rabbi Dov Beer Meisels, who later supported the Polish struggle for liberation from the occupation of the partitioners.

The most difficult period for the synagogue occurred during the occupation of Poland by the Third German Reich, when it was robbed of their property. Stolen items later decorated the office of Governor Hans Frank. The vaults and columns were also destroyed, and a warehouse was set up inside by Germans.

The synagogue was restored by Poles in the 1950s from public money. Today the Old Synagogue also houses a museum.