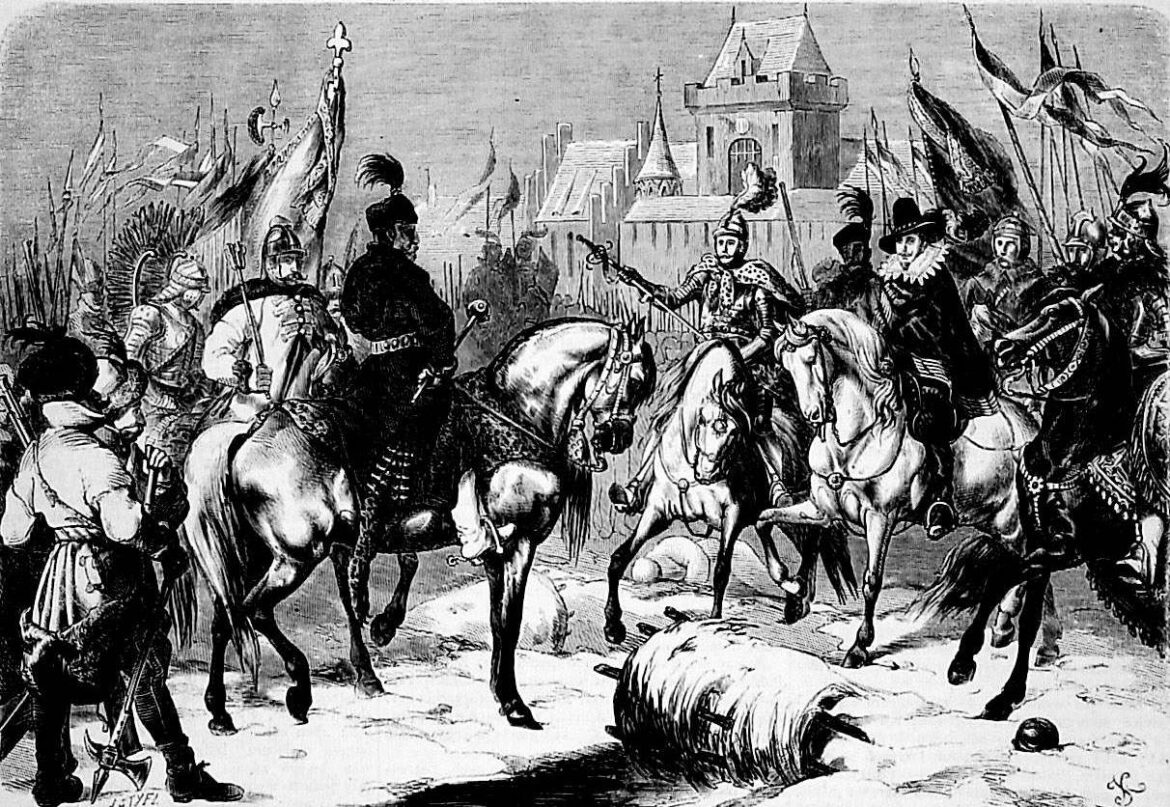 On 24 January 1588, 435 years ago, at Byczyna, the Polish army led by Hetman Jan Zamoyski crushed the army of the Austrian Archduke Maximilian Habsburg. The victory decided the fate of the Polish Crown after the death of King Stephen Báthory.

In 1586, the ruler of Poland, Stephen Báthory, died unexpectedly. In accordance with the law in force since the death of King Sigismund Augustus, the last king of the Jagiellonian dynasty, the nobility gathered to elect a new ruler in a free election (https://dignitynews.eu/pl/czy-mozna-wybrac-sobie-krola-okazuje-sie-ze-w-polsce-tak). In the course of it, a contest for the Polish Crown took place. The candidates for the Polish throne were Archduke Maximilian Habsburg of Austria and Sigismund Vasa, son of King John III Vasa of Sweden.  The latter’s mother was Catherine Jagiellon, sister of Sigismund Augustus, which helped the 21-year-old Sigismund Vasa to gather many supporters. Crucial, however, was the support given to Sigismund by Jan Zamoyski, the closest associate of the late King Stephen Báthory, who held the office of Chancellor and Grand Crown Hetman.

Zamoyski’s agitation led to the election of the young Sigismund as king of Poland. However, some of the assembled nobility hailed Archduke Maximilian as king. As a result of the ensuing conflict, the fate of the Polish Crown had to be decided on the battlefield. It was crucial to seize Kraków so that the person elected king could be crowned as a ruler of Poland there. Seemingly, capturing this city was easier for Maximilian, as the Polish capital of the time, Krakow, was close to the border with the Austrian Empire.

Maximilian’s army appeared near Krakow in mid-October 1587 and began a siege of the city that lasted until the end of November. The defence of the capital was commanded by Jan Zamoyski, who did not allow it to be captured by the Archduke. Maximilian’s army, after withdrawing from Krakow, headed for Silesia, which was then beyond the borders of Poland. Zamoyski’s troops followed in pursuit. On 24 January 1588, a battle took place on the fields near Byczyna, during which the Polish army crushed the Austrian troops. Archduke Maximilian was taken into Polish captivity and spent it in comfortable conditions on Jan Zamoyski’s estate, even becoming godfather to his daughter. He regained his freedom in 1589.