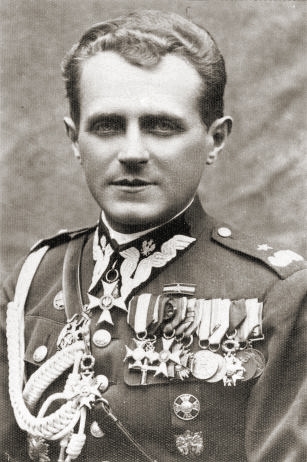 On 27 September 1939, the Service for Poland’s Victory (Służba Zwycięstwu Polski), an organisation that gave rise to the Polish Underground State, was established in Warsaw besieged by the Germans.

Poland’s defeat in the September campaign of 1939 did not mean the collapse of Polish statehood. An émigré government was formed in France, headed by General Władysław Sikorski (1881-1943), who also served as Commander-in-Chief. The post of President was vested in Władysław Raczkiewicz. Even earlier, in Warsaw, besieged by the Germans, a decision had been taken to continue the fight in conspiratorial conditions. The concept was presented by General Michał Tokarzewski- Karaszewicz during meetings with General Juliusz Rómmel, commander in chief of the defence of the capital and Stefan Starzyński, the Mayor of Warsaw. Tokarzewski won their approval for his actions and received over 1 million zloty for the future organisation. Starzyński also provided 500 blank but signed and sealed identity card forms. On 26 September 1939, Major Edward Galinat made his way to Warsaw on a daring flight, with the same task assigned to him by Marshal Edward Rydz-Śmigły. After meeting him, Tokarzewski began to create underground structures under the name of the Service for Poland’s Victory, which was to be modelled on the Polish Military Organisation that had functioned during the First World War. By the end of September 1939, the core of the structures was ready. At the beginning of October 1939, Colonel Stefan Rowecki, who had commanded the Warsaw Armoured Brigade during the September Campaign, arrived in Warsaw, already occupied by the Germans, and was appointed Chief of Staff of the underground structures. As part of the SZP’s tasks, it was essential to collect and store weapons, and above all to expand its structures. On 5 October 1939, the conspirators made an unsuccessful attempt to carry out an assassination attempt on Adolf Hitler, during his reception of the German army’s parade in Warsaw. In November 1939 the SZP was disbanded and instead, General Sikorski established the Union of Armed Struggle (ZWZ), under the command of General Kazimierz Sosnkowski.

Where is the oldest active synagogue in Poland located? It’s where Kosciuszko...

Haar designed graphics and created music. He also fought in the Polish...