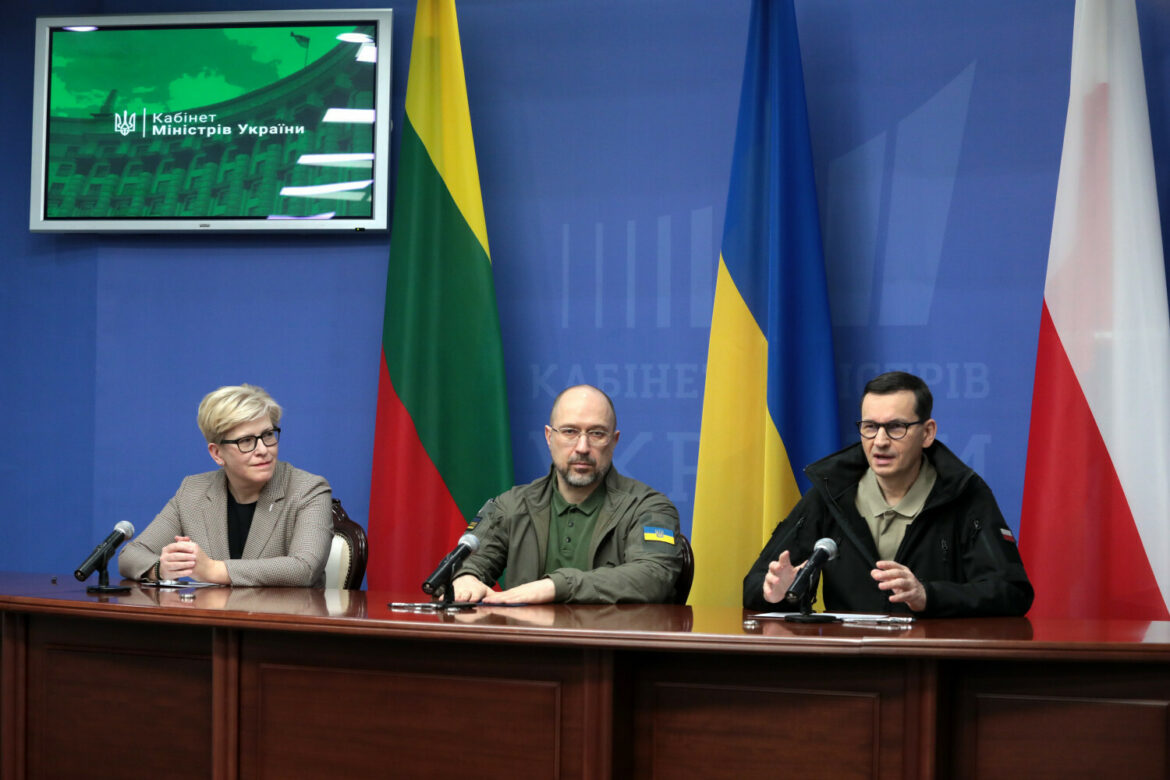 Prime Minister Mateusz Morawiecki met on Saturday in Kyiv with the prime ministers of Ukraine and Lithuania as part of the Lublin Triangle. The head of the Polish government flew to the Ukrainian capital at the invitation of President Volodymyr Zelensky.

„Here, from Kyiv, the capital of free, independent Ukraine, we call on the whole free world to support Ukraine. Russia is attacking Ukraine’s civilian infrastructure and intends to create a massive humanitarian crisis. This is barbaric action. We will do everything in our power to counter this”, stated the Polish Prime Minister.

Mateusz Morawiecki assessed that Europe noticed the threat from Russia too late, which is why today we cannot procrastinate in helping Ukraine.

“This war will end when every house, every school, every hospital and every road is recovered”, Morawiecki said and assured that Poland stands on the side of Ukraine in the international arena, because our country stands on the side of freedom. The head of the Polish government added that he is convinced that Poland and Lithuania, will support Ukraine for as long as it is needed.

Mateusz Morawiecki stressed that Poland supports Ukraine’s defence efforts as well as humanitarian aid and that it is crucial to help Ukrainians survive the upcoming tough winter months.

The head of government recalled that Saturday in Ukraine is the Day of Remembrance for the Victims of the Great Famine and Political Repression. “We meet on the 90th anniversary of the famine artificially caused by the Russian Communist regime. Today, the world is once again facing the threat of another artificial famine, which Russia wants to cause in Africa and the Middle East of Asia”, noted Mateusz Morawiecki.

On Saturday in Kyiv, a joint declaration, within the framework of the Lublin Triangle, was signed by the heads of government of Ukraine Denys Shmyhal, Poland Mateusz Morawiecki and Lithuania Ingrida Simonyte. The document emphasises the important contribution of the Triangle in consolidating international support for Ukraine and countering Russia’s aggressive policies.