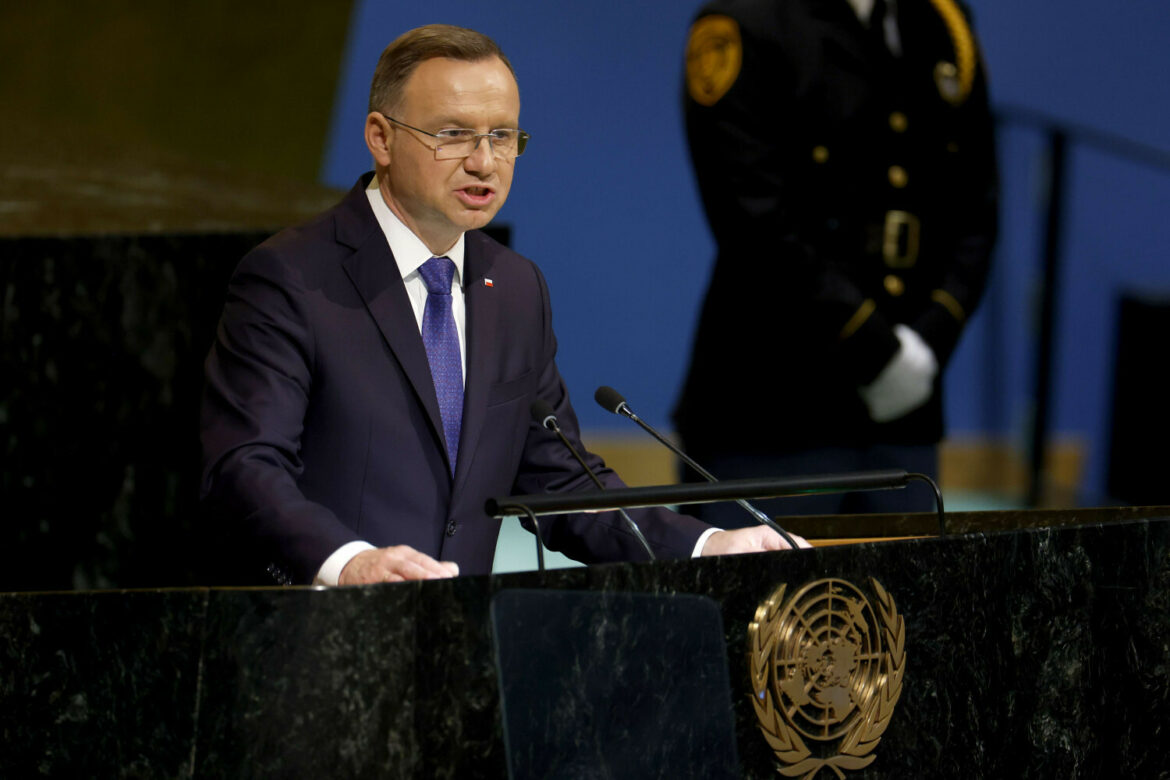 “The Russian aggression against Ukraine is a de facto aggression against the whole world. And any aggression requires a multifaceted international response, with determination and without hesitation”, said President Andrzej Duda during the general debate of the 77th session of the UN General Assembly.

‘I was one of those politicians who, even before the war, believed that Ukraine would successfully defend itself,’ said Andrzej Duda. “Today I am convinced that Ukraine will win. My country, Poland, joining forces with its Allies, will do everything to make this happen”, the President stated.

His visit to New York was an opportunity for many bilateral talks. Andrzej Duda met with the King of Jordan, the President of Brazil, the President of the World Bank, among others. He also spoke with the Presidents of Estonia Alare Karis, Lithuania Gitanas Nauseda and Latvia Egils Levits.

The meeting of President Andrzej Duda with Turkish President Recep Erdogan was of great importance. Topics of the meeting included the effects of the food crisis and the security of Central and Eastern Europe as well as bilateral relations. The latest exchange of Ukrainian prisoners of war mediated by Turkey was also discussed.

The Russian aggression against Ukraine and its consequences, including the Russian-induced food crisis, were also the topic of the Polish President’s meeting with UN Secretary-General Antonio Guterres. Andrzej Duda also spoke with United Nations High Commissioner for Refugees Filippo Grandi.

During a meeting with Polish journalists in New York, President Duda said: if world peace is to be maintained, if democratic countries around Russia are to continue to exist and nations are to realise their right to live in freedom, then Russian aggression and its imperial ambitions must be stopped.