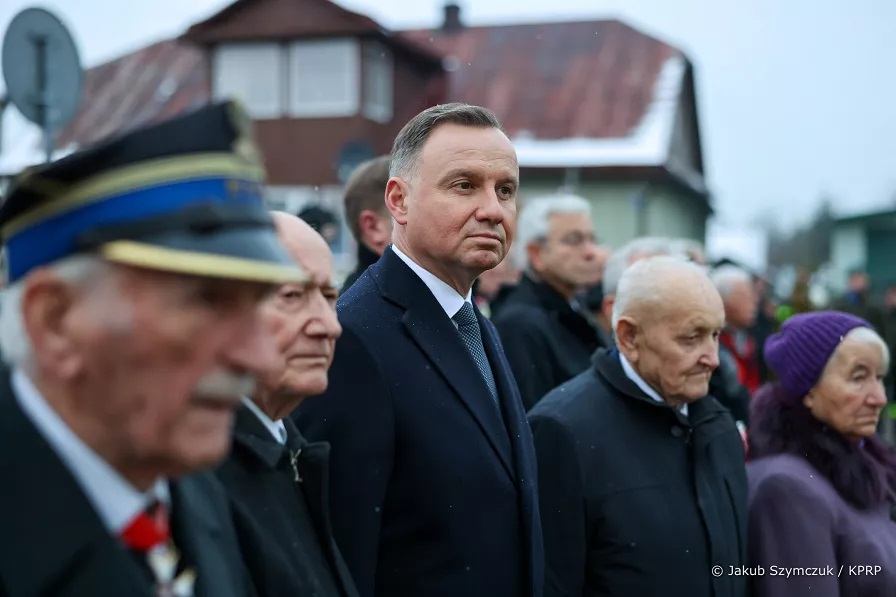 At the anniversary celebrations in Skierbieszów, the Polish President was accompanied by witnesses of those events.

“I thank the Children of Zamojszczyzna; I bow my head in remembrance of your parents and grandparents who were murdered. I believe that not only the Zamojszczyzna but also Poland will not forget about them. Let this be a warning as to how we should take care of Poland”, remarked Andrzej Duda.

During his speech, Andrzej Duda referred to the current events in Ukraine as a result of Russia’s aggression. In this context, he stressed that the crime that is happening in Ukraine must be punished in the future. The President pointed out that although the world is changing and modernising, there are also times when human mentality does not change.

“As we can see, there are nations which believe in the German order and the Russian mir, in subjugating other peoples, making them slaves and exploiting their labour force. Seizing them and destroying them and making them their subjects”, said Andrzej Duda.

The Germans began the pacification of the Zamojszczyzna region on the night of 27-28 November 1942. Nearly 110,000 inhabitants from almost 300 Zamość villages were expelled, including 30,000 children, 10,000 of whom died or disappeared.

Children taken from their parents were subject to racial segregation. Those destined for Germanisation were taken to the Third Reich and left with German families, while others were sent to concentration camps. Approximately four and a half thousand children with so-called Nordic features were deported into Germany. They were Germanised and after the war lived in ignorance of their Polish origin.