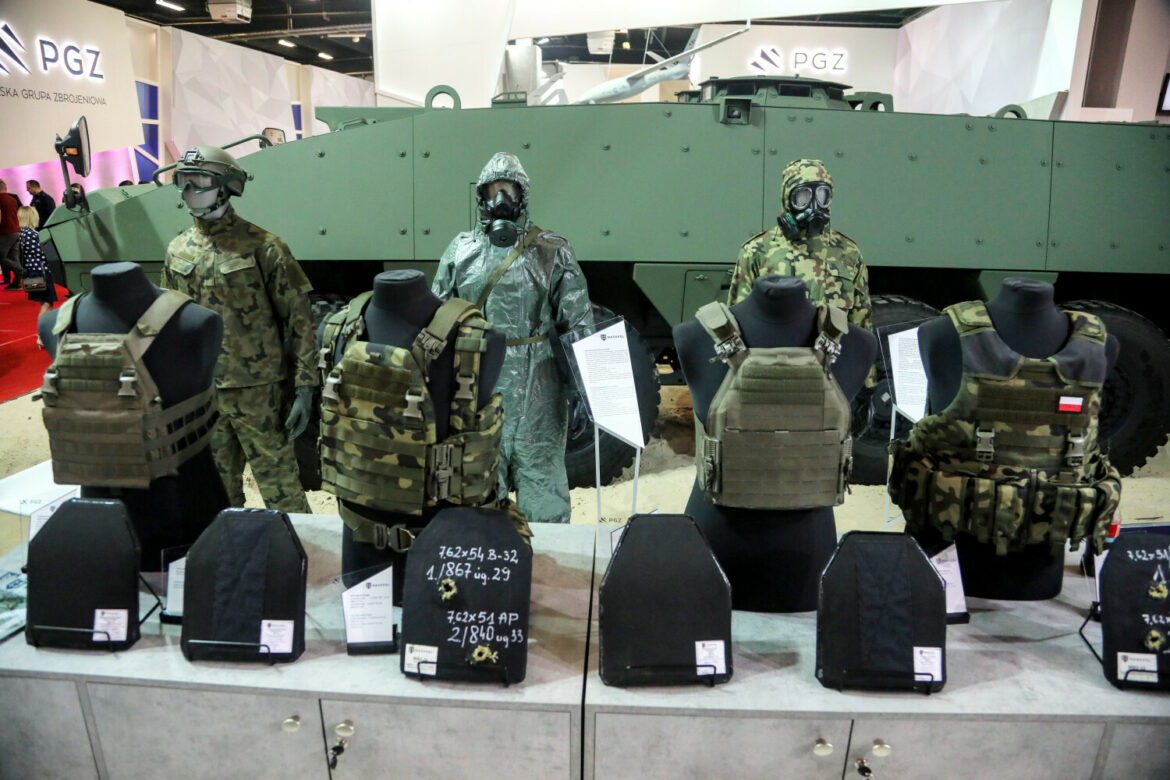 The Polish arms industry is growing rapidly not only as a result of the Russian invasion of Ukraine, but also due to ambitious plans to rearm and modernise the Polish army. Maskpol company, which is part of the Polish Armaments Group, has had a record-breaking year. The revenues of the company, which manufactures e.g. helmets, exceeded PLN 400 million.

The war challenge and the need to multiply production capacity in connection with the projected increase in the number of the Polish Armed Forces to 300,000 soldiers influenced and determined the management board to take a decision on Maskpol’s purchase of a modern production and warehouse building located in Częstochowa in the KSSE subzone. After the necessary adaptation works, the production of uniforms and individual equipment for soldiers and officers will be located in this modern facility from 2023.

The company said that in 2023, it will make further investments that are important for increasing productivity and production capacity. They will include, among others, the construction of a new production facility in Konieczki (multiplying the production of bulletproof vests) and the creation of infrastructure to produce armour for the BORSUK Combat Infantry Vehicle

Maskpol is developing in many directions. In addition to the helmets and bulletproof vests most associated with the company, the company is involved – together with Remontowa Shipbuilding SA shipyard – in the supply of three OPBMR systems for newly built Navy ships. They are filtering systems for protection against weapons of mass destruction for Kormoran class mine destroyers.

Equipment manufactured by Maskpol has already been going to Ukraine since 2014 (helmets and KWM-02 bulletproof vests). In 2022, tens of thousands of units of equipment were delivered to Ukrainian uniformed units. Particularly widespread in Ukrainian frontline formations are Maskpol combat helmets.