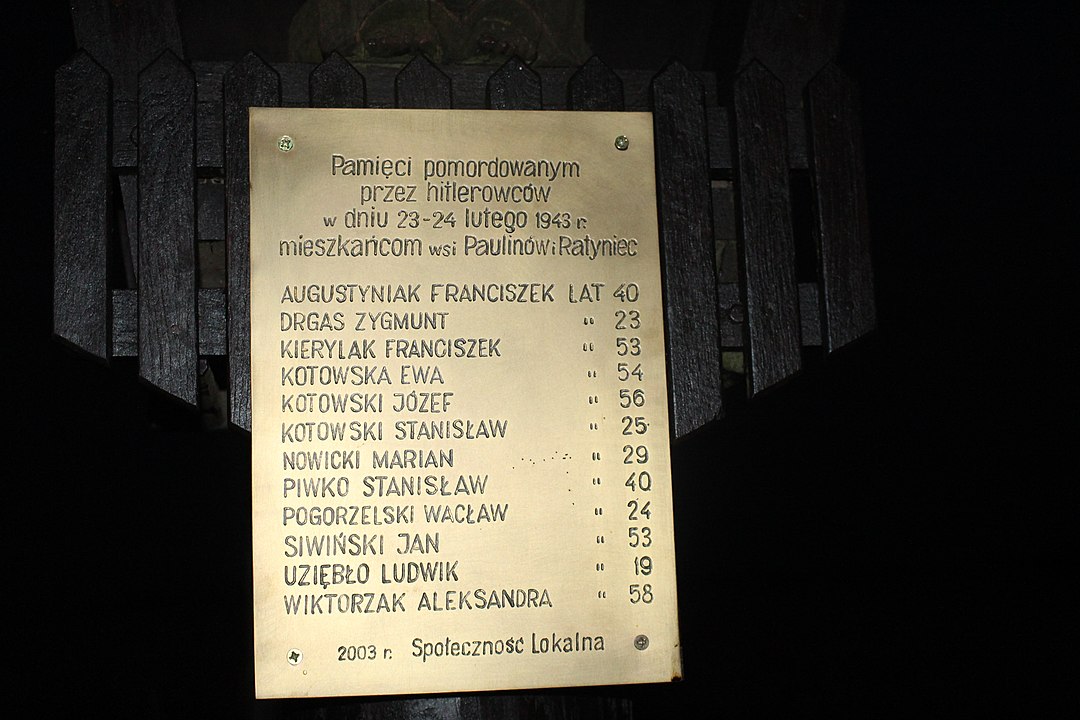 According to the latest partial research, the Germans repressed about a thousand people in the occupied Poland for helping Jews. Many of them were murdered, others were imprisoned, sent to a concentration camp or suffered other types of health and life harm. The story of hiding the Jews in the Paulinów village, now in the Sokolow district, ended tragically.

Before the war, about 60 Jewish families lived in the village of Sterdyń. A small group of Jews also lived in nearby Paulinów. When the Germans started to create ghettos in 1940, the Jewish inhabitants of the area had to move to the Sterdyń ghetto. About a thousand people were settled there, but in the summer of 1942 it was liquidated and its inhabitants were deported to the nearby Treblinka extermination camp which was located about 20 kilometres from both towns.

Although most of the Jews from the Sterdyń ghetto lost their lives in the gas chambers, some of them tried to save themselves by escaping to the forests and to hiding places among Poles. To survive, groups of fugitives often left the forest areas and visited Paulinów. The locals helped them by providing foodstuffs and also allowed them to spend the night in the buildings of the Paulinów manor. Their presence brought attention of the Germans. With the help of a Jewish provocateur, they managed to successfully eliminate the Poles who were helping the Jews. This was a common tactic used by the German occupiers, who released Soviets, Jews and Poles into the area tasked with various activities. Their goal was to pretend to be fugitives, ask the local population for help and then denounce them.

In a coordinated final operation in Paulinów, 11 people of Polish nationality, aged between 19 and 58, were killed. As many as 2,000 gendarmes and Gestapo officers from Ostrowia Mazowiecka were involved in the operation. Two elderly women were among the murdered.

On 24 February 1943, the blockade of Paulinów began. Perhaps a lack of experience in fighting in the field resulted in a shootout when the Germans were shooting at the Germans. Two of them were killed by their own bullets and one was wounded.

The executed Poles were buried in a nearby forest. After the end of the Second World War, the bodies of all those murdered were exhumed and moved to the cemetery in Sterdyń.

During the action the Germans also killed one Jew and two Soviet prisoners of war.