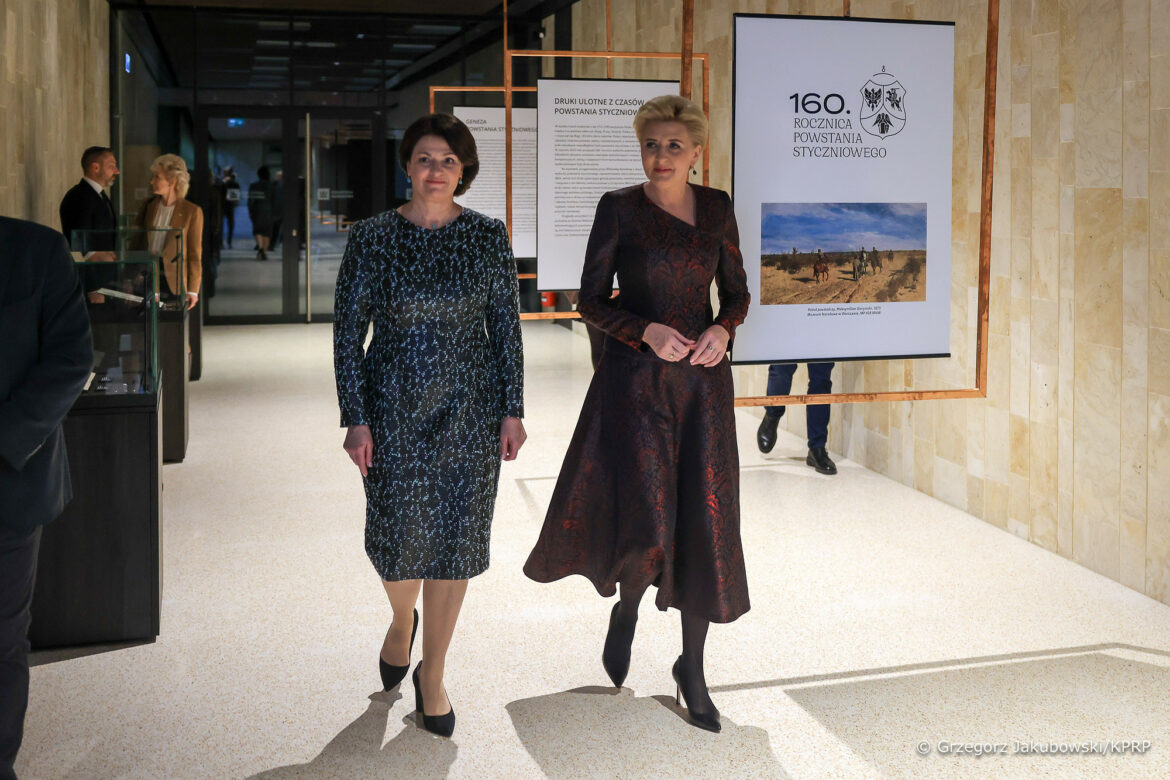 First Ladies of the Republic of Lithuania and the Republic of Poland Diana Nausėdienė and Agata Kornhauser-Duda opened an exhibition of ephemeral prints from the January Uprising of 1863.

Prepared by the National Library in Warsaw, the exhibition presents valuable documents from the years 1861-1864, including prints revealing the genesis of the uprising, the Uprising Manifesto and related enfranchisement decrees of 22 January 1863, as well as other ephemeral prints testifying to the functioning of the structures of the secret Polish State during the Uprising.

The documents on display include an invitation to a patriotic service from the period of the pre-insurrection patriotic manifestations, manifestoes and proclamations of the Central National Committee and the National Government, government decrees, an order from the conspiratorial Head of the City of Warsaw, and a printout of the national loan bonds.

As a result of the three partitions of 1772-1795, Poland’s territory was occupied by three states: Russia, Prussia and Austria. Poland disappeared from the map of Europe, and it began a long 123-year period of partition. The Poles attempted to regain their lost state on more than one occasion. One of the most important and long-lasting attempts to regain independence was the January Uprising of 1863-1864, whose 160th anniversary falls in 2023.

It also took place in the Vilnius and Grodno regions, i.e. the borderland of today’s Lithuania and Belarus. In November 2019, in Vilnius, the Presidential Couples of Poland and Lithuania took part in the funeral ceremonies of the participants and leaders of the January Uprising, whose remains were found in recent years during archaeological work on Vilnius Castle Hill.