Museum of Battle of Grunwald opens its new location 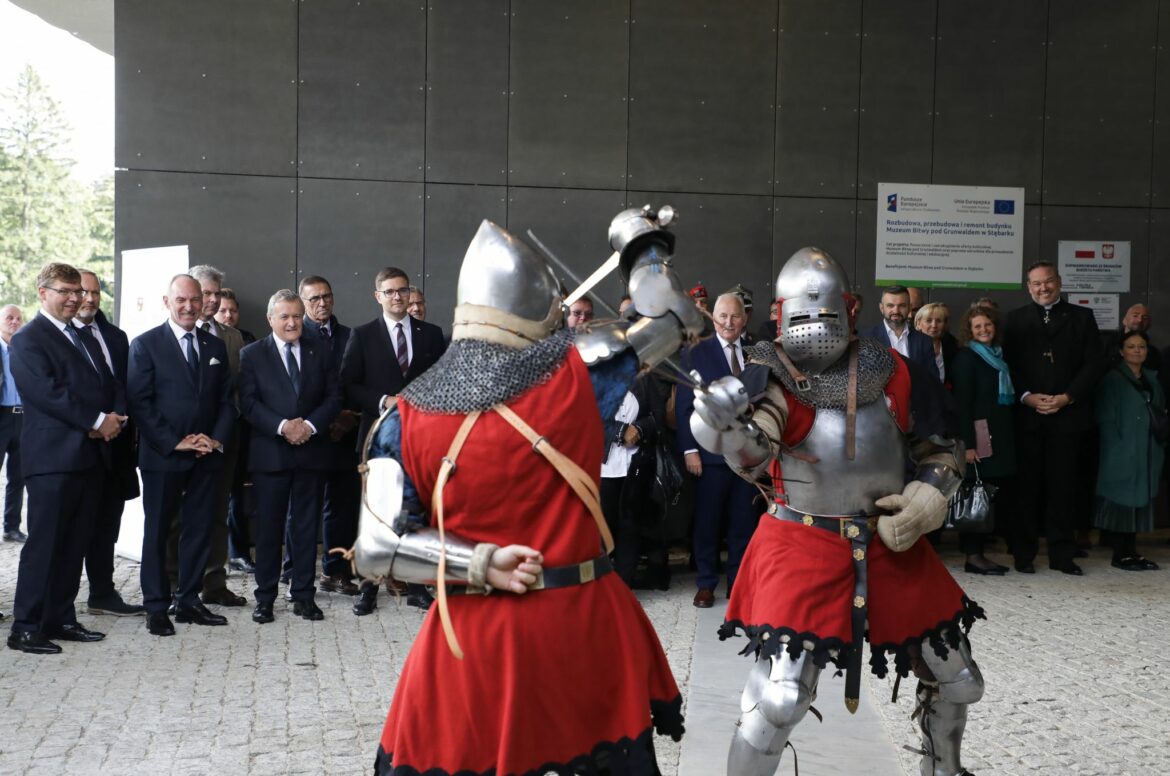 The new location of the Museum of the Battle of Grunwald was opened in Stębark on Wednesday 21 September. It has 3,500 square metres of exhibition space. “This museum will be a place of education, a place that brings the past into the future. It will ask important questions about sovereignty, identity and community”, said Piotr Gliński, Deputy Prime Minister and Minister of Culture and National Heritage, at the opening ceremony.

Deputy Prime Minister Gliński said that the Museum of the Battle of Grunwald in Stębark is part of the museum policy implemented by the Ministry of Culture and National Heritage in recent years, which currently includes the construction of around 300 memorial institutions.

Many of these institutions have already been opened, including: the Józef Piłsudski Museum in Sulejówek, the Museum of Cursed Soldiers in Ostrołęka, the Museum of John Paul II and Cardinal Stefan Wyszyński in the Divine Providence Church in Warsaw, the Czartoryski Museum or the Museum of the Memory of Siberia built jointly with the Białystok city council, as well as the Museum of the Memory of the Inhabitants of the Land of Oświęcim or the Silesian Pantheon – the first museum dedicated to the history of Upper Silesia. There are many such museum institutions”, recalled the Minister of Culture.

In addition to Deputy Prime Minister Piotr Gliński, the opening ceremony was attended by the Metropolitan Archbishop of Warmia Józef Górzyński, the Deputy Minister of Culture of Lithuania Vygintas Gasparavicius, the Marshal of the Warmińsko-Mazurskie Voivodeship Gustaw Marek Brzezin and the Grand Master and Abbot of the Teutonic Order Frank Bayard.

More than a thousand photographs from the 1990s to be exhibited at...