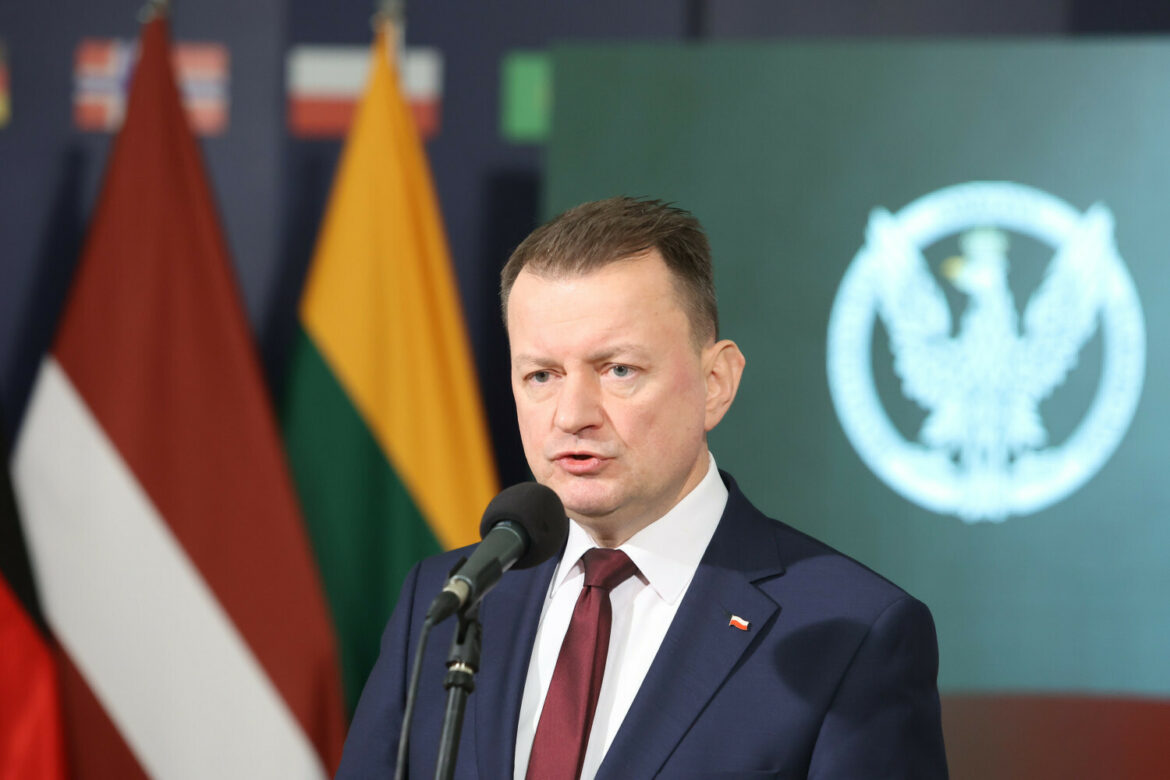 A videoconference was held on Thursday between representatives of countries supporting Ukraine: including Poland, Estonia, Latvia and Lithuania. It was also attended by the Secretary of Defence of the United Kingdom. The Polish side was represented by the Minister of National Defence Mariusz Blaszczak.

“From our side, the position is clear, simple and consistent – Ukraine should be supported and we are doing so. We were doing it even before the attack on Ukraine and we will continue to do so. We all know very well that there are countries that are really involved in helping, and countries that only symbolically help, or perhaps even brandish such help”, said the head of the Polish defence ministry after the videoconference.

“Our task is to convince and show that only real, actual help matters. Otherwise, we are facing a very bad prospect. Our task is to support Ukraine and convince our allies that such support makes sense”, added Minister Blaszczak.

In his statement, the defence minister also spoke about Friday’s meeting of the Ukraine Defense Contact Group. One of the topics of the meeting will be the proposal to transfer Leopard tanks to Ukraine.

“I have said it at this forum, and I will repeat it tomorrow as well, about President Andrzej Duda’s proposal regarding Poland’s readiness to hand over a company of Leopard 2 tanks. But in a broader coalition of countries. Why does this coalition matter? Because no adult can be under the illusion that a company of tanks will cause the war to be won. Ukraine should be supported by the transfer of tanks at least of a brigade, and perhaps more. Therefore, this coalition of states is necessary to support Ukraine in real terms. I am counting on the fact that especially our western neighbour, Germany, which is the manufacturer of Leopards and which also has these tanks and the capabilities related to their maintenance and servicing, will change its mind and join this coalition”, noted Mariusz Błaszczak.