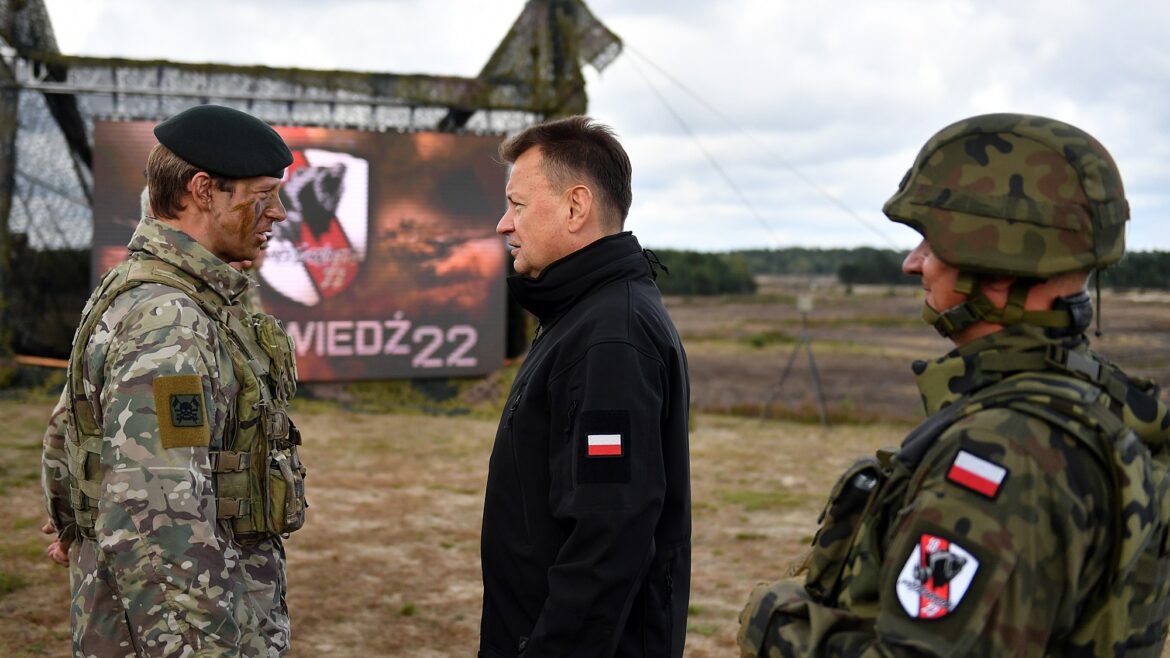 “A short while ago, we had the opportunity to observe a joint exercise to test the efficiency and skills of Polish, American and British soldiers as a test of their ability to work together. They passed this test with flying colours. I already know this. I spoke with commanders, they were impressed by the skills of the soldiers of the Polish Army and allied forces, NATO forces”, said the head of the defence ministry.

Soldiers from the 18th Mechanised Division, the so-called Iron Division, are training at the training ground in Nowa Dęba.

The head of the Ministry of Defence thanked the US and UK defence ministers Lloyd Austin and Ben Wallace for increasing the presence of US and British troops in Poland since Ukraine has been invaded by Russia.

“Our membership of the North Atlantic Alliance is indeed a guarantee of our security, but our membership of NATO is also complete now. Previously this was not the case, as we were reliant on others to defend us. Now the Polish Army is so strong, and it will be even stronger, that Poland is not only a recipient but also a giver of security”, assessed the head of the Ministry of Defence.