Strona główna » Minister Czarnek: There were never such expenditures on education before
Events

Minister Czarnek: There were never such expenditures on education before 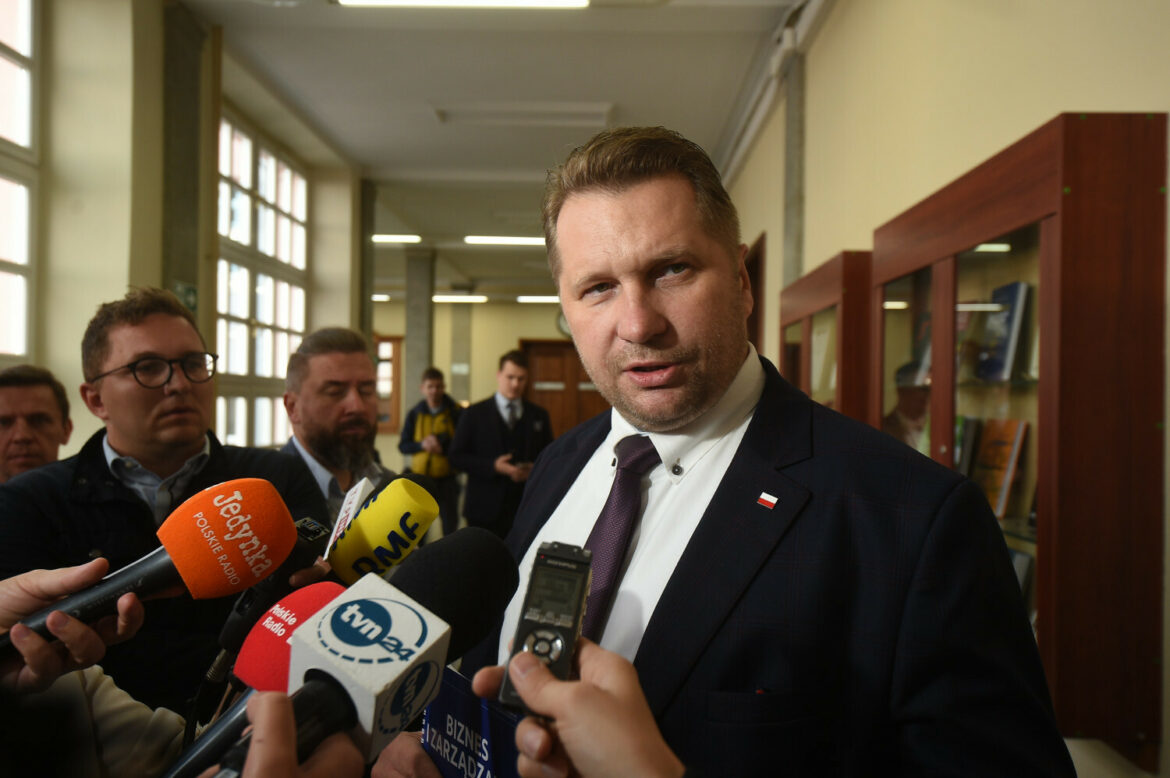 “If the Polish Teachers’ Union talks about very big problems in education, I am listing the achievements in the field of education in the last two to three years. They include gigantic funds for investment, a gigantic increase in educational subsidies from 1 January by PLN 11 billion, serious increases for teachers by PLN 1240 gross per month for the lowest earners, and by PLN 814 gross per month for the highest earners,” said Minister of Education and Science Przemysław Czarnek on Tuesday, 20 September.

The head of the Ministry of Education and Science recalled that “there has never been such an educational subvention, such increases, such financial outlays for education, both those concerning infrastructure and the computerisation of schools”.

“The question is, where was the Polish Teachers’ Union before 2016 and why did it not protest when there were no raises for four years in a row? – asked Minister Czarnek.

In a series of posts on Twitter yesterday, 19 September, Minister Przemysław Czarnek referred to statements made by the head of the Polish Teachers’ Union Sławomir Broniarz, who “does not rule out a strike” due to the “very bad situation in education”.

The Minister of Education and Science pointed to significantly higher expenditure on education in recent years. “By PLN 11 billion more education subsidy from 1 January 2023, and a total of 24 billion more than under PO-PSL (former government’s parties) as well as PLN 1240 for the lowest and PLN 814 pay rises for the highest paid teachers from 1 January, in total nearly 80% and 50% more than under PO-PSL. Also, PLN 5.2 billion investments in education infrastructure and nearly PLN 5 billion investment in IT, including over PLN 1 billion for the Laboratories of the Future”, he enumerated.

Minister Czarnek also recalled the PLN 140 million earmarked for excursions under the ‘Get to know Poland’ programme and the PLN 160 million investment in non-governmental schools and educational associations.