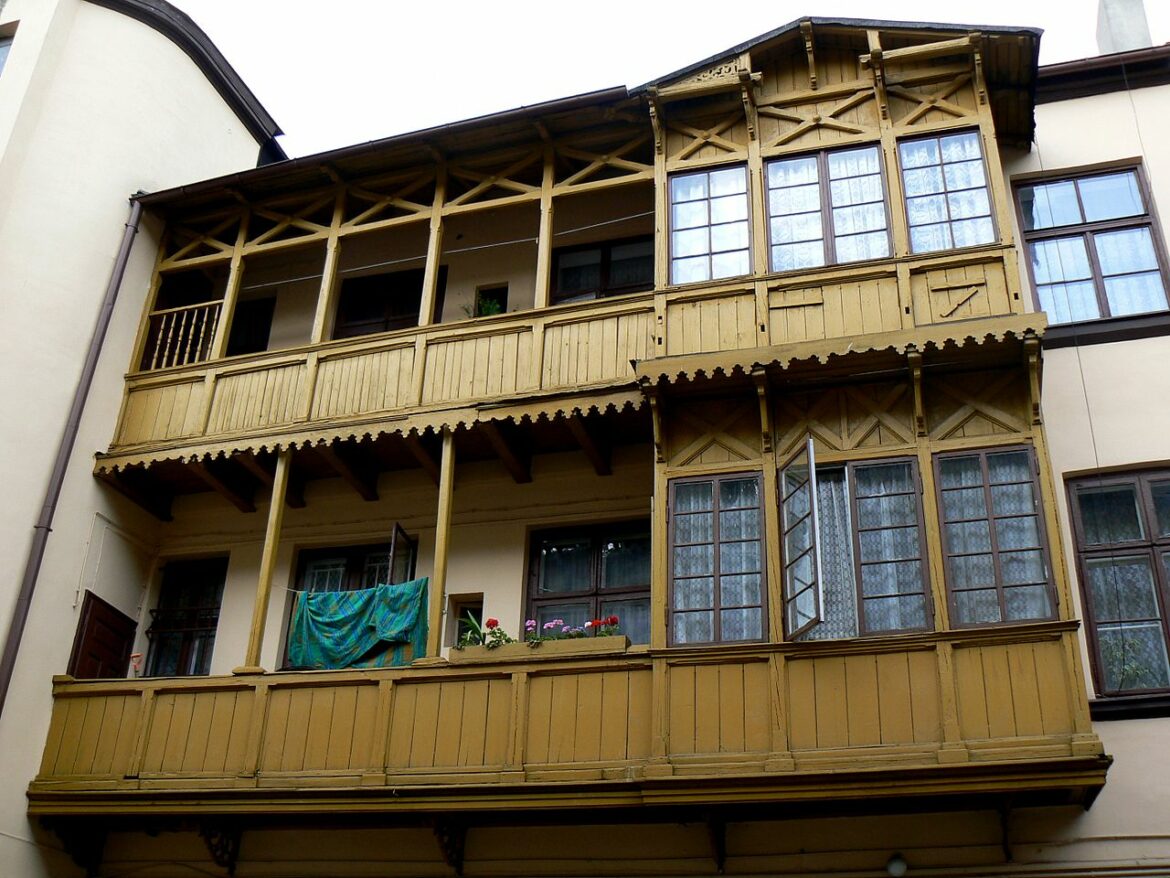 Kuczki (Sukkot) is, from today’s point of view, an architectural peculiarity that we still see today in some Polish cities. It is a specific trace of history, a legacy left behind by Polish Jews. Where can we admire them today and who takes care of them?

The Jewish Festival of Booths/Tents (Sukkot) is celebrated in September or October. The followers of Judaism memorialise their ancestors’ escape from Egypt and their journey to the Promised Land. During this journey, the Israelites lived in huts or tents. To commemorate this during the holiday, Orthodox Jews live seven days away from home in similar structures, or sukkahs.

Today, there are not as many Jews living in Poland as there were before the Second World War. Their extermination, planned, organised and carried out by the Germans, resulted in the annihilation of 3 million people. Polish Jews, however, have left traces of their daily lives.

Where to put a tent when there is no space in the yard?

Jews living in Polish tenement houses did not always have the opportunity to build occasional tents in their backyards to celebrate the Feast of the Sukkot. Instead, they added something to their flats on the outside that looked like a built-in balcony or veranda. It was precisely a sukkah.  However, it differed from an ordinary balcony as the structure had an opening roof. Kuczki were usually made of wood. They were afforded by well-to-do Jews. Their names derive from the Old Polish word kucza, meaning house or hut.

Are there still such sukkahs somewhere in Poland?

Kuczki can still be seen today in the space of many cities in Poland, including Płock, Łódź, Lublin, Chełm, Radom and many others. Some of them are being rescued, restored and transferred to museums. This is what happened, for example, to a sukkah from Szydłowiec, which was completely dismantled from the house of the Bekiel family and donated to museum. Employees of the POLIN Museum of the History of Polish Jews and the Radom Village Museum painstakingly inventoried every element of it. The monument was then thoroughly repaired and conserved. As a result, the sukkah can be seen in the State Ethnographic Museum in Warsaw. Importantly, the mechanism for opening the roof, which makes the sukkah different from an ordinary built-in balcony or veranda, has also been restored.