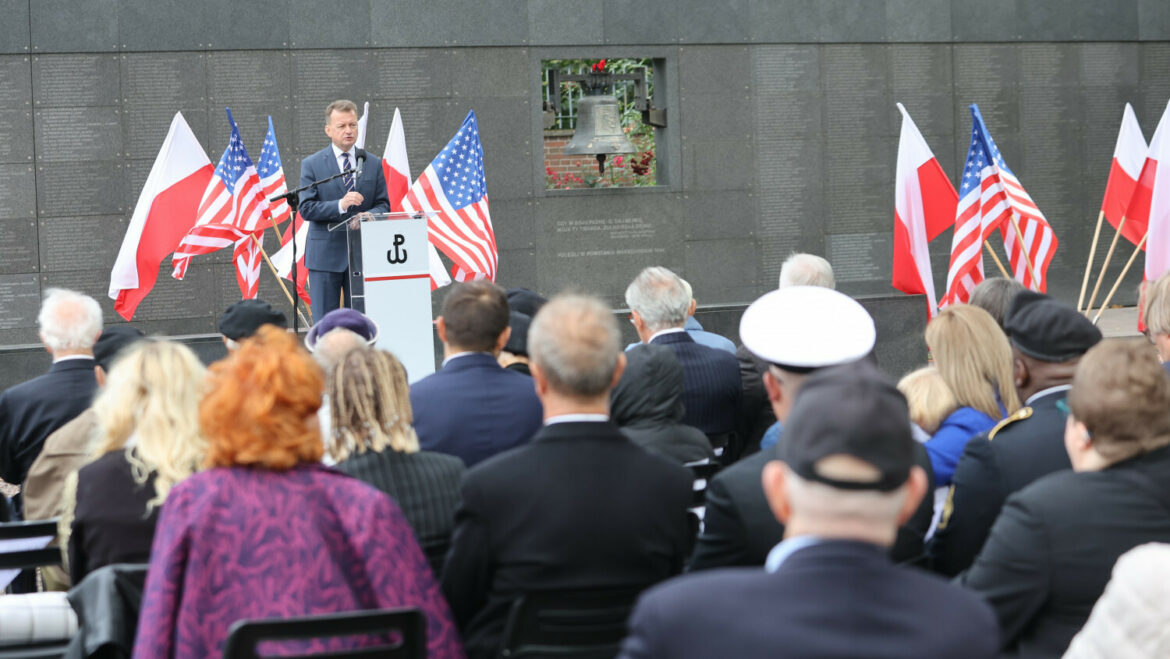 The Warsaw Rising Museum and the US Embassy have inaugurated the Liberty Road initiative. The project is designed to bring together institutions that tell the story of freedom and nations for whom it was particularly important. Minister of National Defence Mariusz Blaszczak attended the inauguration.

The project’s initiator, US House of Representatives member Marcy Kaptur, said that the project was launched the day after the 83rd anniversary of the Soviet Union’s invasion of Poland. She emphasised the role of Poland and Poles in helping the Ukrainians.

“As I stand here before you, I am proud of Poland, of all the Poles who, in the hour of trial, behaved magnificently, and with determination took in almost 3 million migrants from Ukraine”, Kaptur stressed.

Defence Minister Mariusz Blaszczak said it was a very important moment because of the shared history of Poland and the United States, but also in terms of the current international situation. As he said, the world is affected by a war provoked by aggressive Russian policy. He pointed out that attempts to recreate the Russian empire have always been associated with evil. Minister Blaszczak stressed that Poland will consistently build its strong military.

The inauguration of the project took place on the 78th anniversary of Operation Frantic7, during which 110 bombers of the US 8th Air Force carried out a day’s supply flight over insurgent Warsaw.

‘Although these missions were not crucial to the outcome of the battle, they were nevertheless a huge success in terms of demonstrating the symbolic commitment of the United States to the Polish people’, said General Mark Milley – Chairman of the US Joint Chiefs of Staff.

According to the Director of the Warsaw Uprising Museum, Jan Ołdakowski, the perseverance and persistence of the insurgents is an example that gives hope in times as difficult as now, when our friends and neighbours in Ukraine are defending their freedom.