Strona główna » In the 160th anniversary of the January Uprising, President Duda: our neighbours are once again fighting the Russian invasion
Events

In the 160th anniversary of the January Uprising, President Duda: our neighbours are once again fighting the Russian invasion 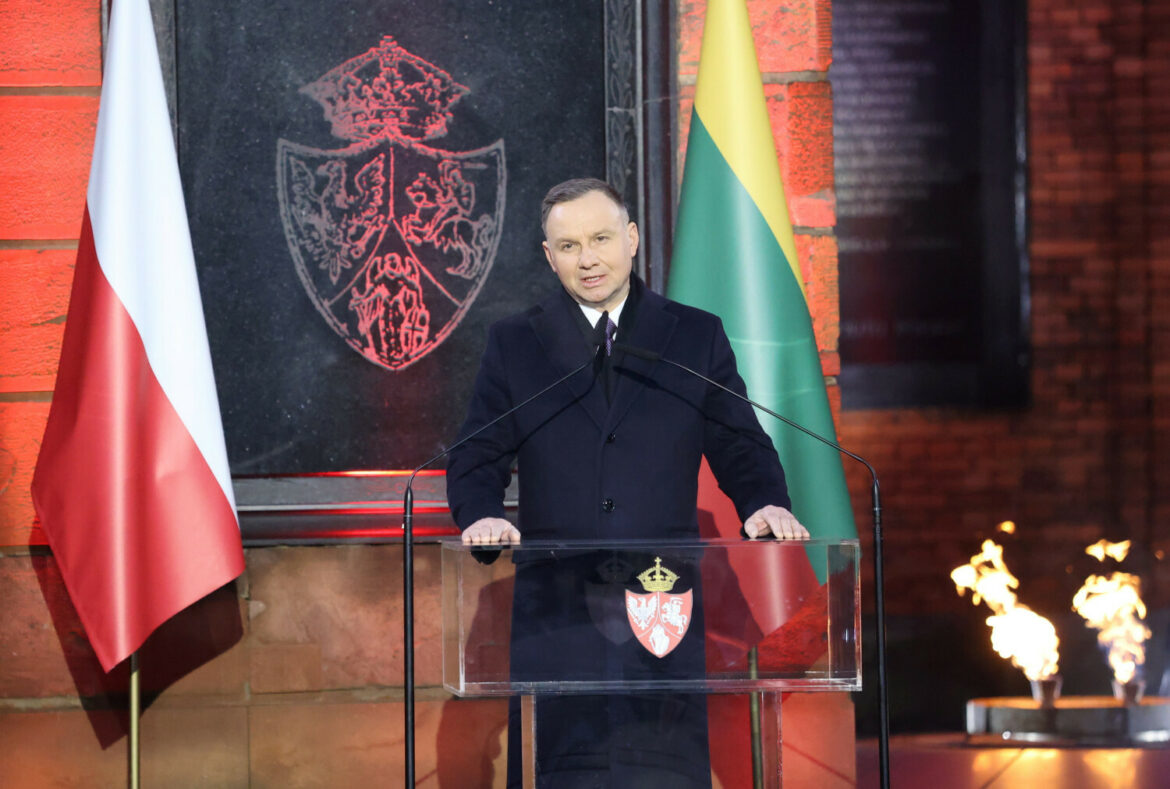 A ceremony was organised at the Warsaw Citadel to mark the 160th anniversary of the outbreak of the January Uprising. The event was attended by the presidents of Lithuania and Poland – Gitanaus Nauseda and Andrzej Duda. In his speech, the Polish President referred to the Ukraine now fighting for freedom.

“Today we are hosting our neighbours, brothers from Ukraine, who are fighting, again, against the Russian invasion. How dramatically this history has come full circle, and how strongly the will to defend their freedom is ingrained in our peoples. The same is true of our Lithuanian neighbours and brothers, just as it is true of the Belarusians, who remain steadfast in their will to regain full sovereignty, independence and self-determination”, said Andrzej Duda.

The Polish president stressed that he believes in the victory of Ukraine, the defeat of the Russian invasion, its permanent stop and repulsion – also thanks to the support of Poland and our allies.

“I believe that the Ukrainian people will be victorious and that with our support and also with the support of other brotherly nations, and Lithuanians, and Belarusians, and other neighbours, and friends, they will be able to rebuild their homeland even more beautiful and modern than the one invaded by the Russian barbarians”, the president said.

He added that he believed that freedom, democracy and the will for self-determination would also prevail in Belarus, and that the Belarusian people would see their freedom within the framework of a peaceful, calm struggle for what they objectively deserve – the right to absolute self-determination on their own land.