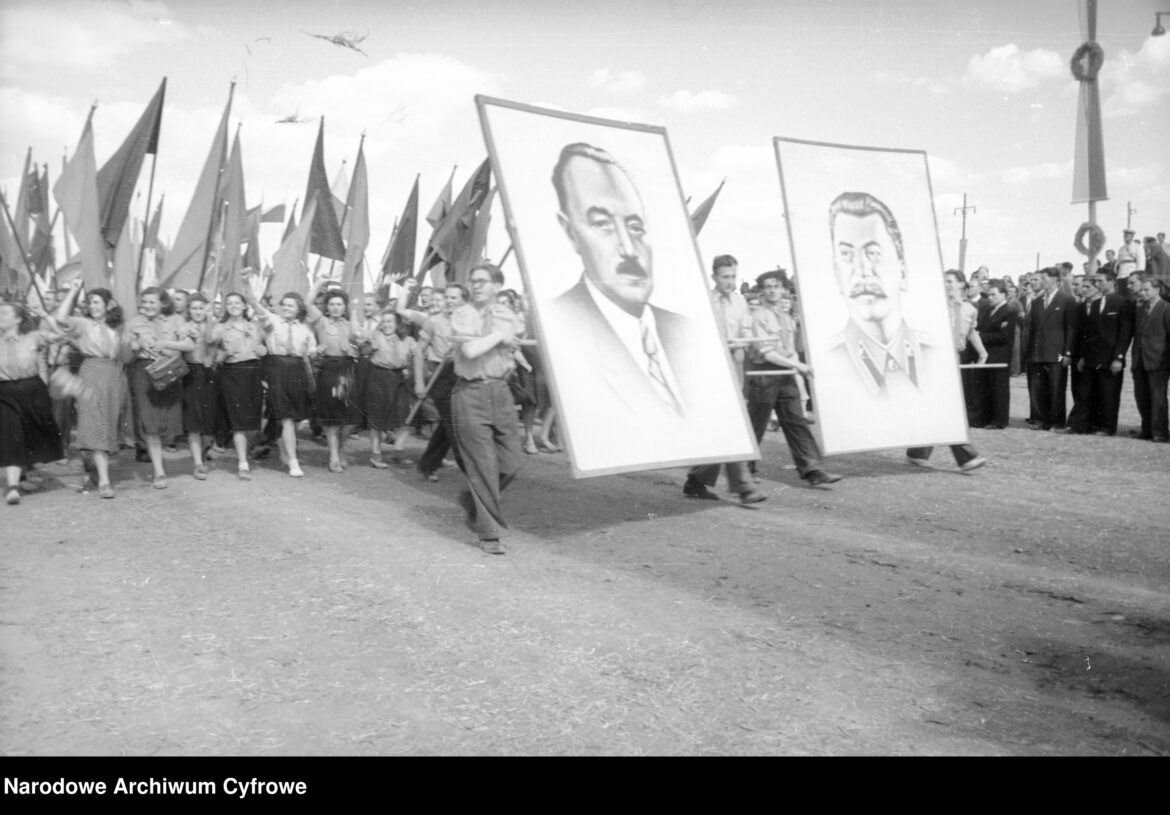 Harvest festivals after the Second World War became a centrally organised celebration. The communist authorities wanted to use them to demonstrate their supposed political and economic successes.  Harvest festivals also served to build good relations between the authorities and the public. However, the original harvest festival customs, which have been cultivated in Poland for centuries, served primarily to strengthen bonds within local rural communities.

Harvest festivities as they have been celebrated until recent times were formed in the second half of the 16th century (and originated from customs known from pagan times).  Their meaning was mutual thanksgiving between the heir and the peasants working on his estate.

In the inter-war period, harvest festivals began to be organised by local institutions such as local governments, agricultural societies and People’s Party groups. In addition, the so-called ‘Presidential Harvest Festival’ began to be organised in Spala, with the President of the Republic of Poland as host.

After the Second World War, the first harvest festival organised by the state took place as early as 1946. Harvest committees were set up throughout the country, ideological meetings were held, and peasants were encouraged to donate their grain on time. The central Harvest Festival was prepared on a grand scale, gathering hundreds of thousands of people. The figures of the Polish Communist Party leader and Soviet dictator Joseph Stalin were highlighted, and friendship with the USSR and cooperation between the city and the countryside were strongly emphasised. The completion of the harvest itself became less and less important, it was merely an accessory to the celebrations, which the communists used to consolidate their power.  As a result, some villages began to sabotage official harvest festivals and organise their own, which was met with a reaction from the authorities. From the second half of the 1950s, the communist government tried to return to the original character of the festival, but at the same time adopted the principle of holding the harvest festival annually in Warsaw.

It changed in the 1970s, when once again the central Harvest Festival was held in a different city each year. This became an opportunity to raise funds for the construction or repair of roads or renovation of buildings in the chosen village. After the administrative reform of 1975, harvest festivals started to be organised in the new provincial towns.