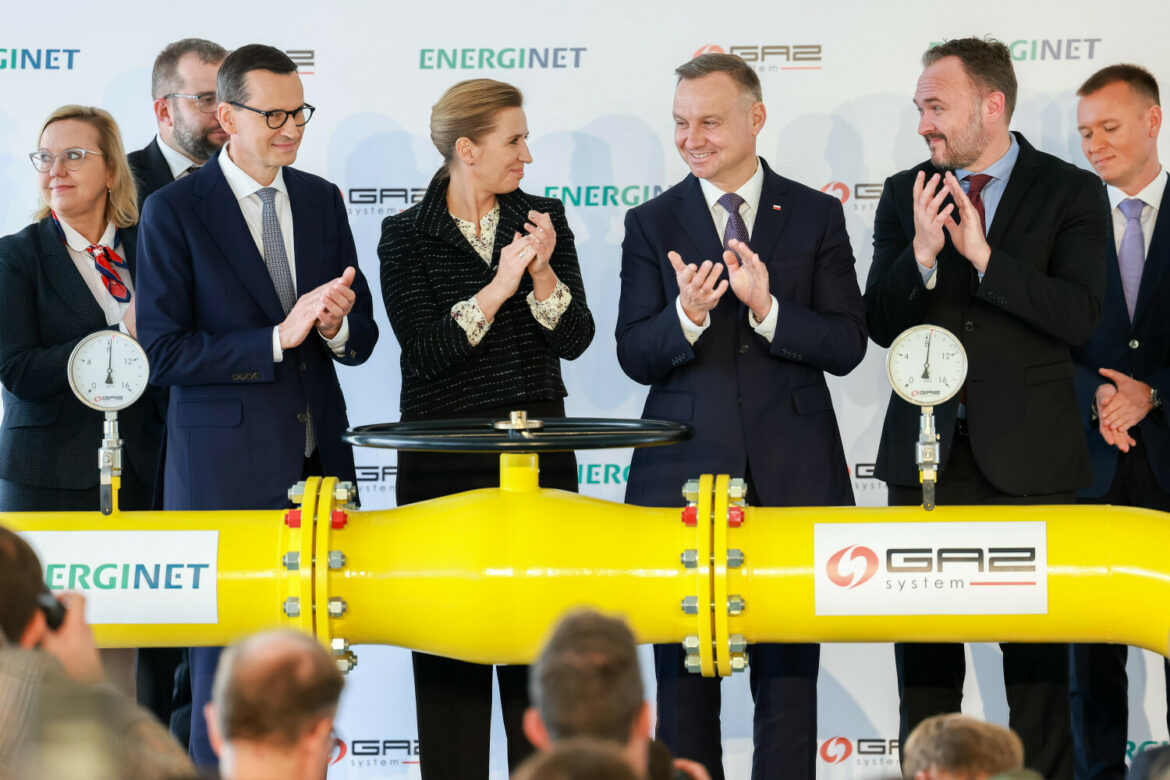 A ceremony was held in Goleniów to mark the launch of Baltic Pipe, an energy project implemented as part of the government’s strategy to diversify gas supply sources to Poland. The event was attended by the President of Poland Andrzej Duda, the Prime Ministers of Poland and Denmark Mateusz Morawiecki and Mette Frederiksen, the Minister of Climate and Environment Anna Moskwa, the Minister of Climate, Energy and Utilities of Denmark Dan Jorgensen, the Minister of Petroleum and Energy of Norway Terje Aasland and the head of the EU Directorate-General for Energy Ditte Juul Jorgensen.

The gas will flow to Poland as early as 1 October. The investment links the Polish and Danish transmission systems, allowing gas from the Norwegian Shelf to flow to Poland. The operators of the Baltic Pipe are the Danish Energinet and the Polish Gaz-System.

10 billion m3 of gas per year will flow through the Baltic Pipe. The length of the offshore section is approximately 275 kilometres. The section in Denmark consists of more than 200 kilometres of pipeline and a new compressor station. In the North Sea, the Baltic Pipe connects to the Norwegian gas transmission system via the Norwegian Europipe II.

“Today we can say this with conviction. The era of Russian domination in the gas sphere is coming to an end. An era that was marked by blackmail, threats, and extortion. Today we are launching a new era: an era of energy sovereignty, energy freedom and enhanced security,” Prime Minister Mateusz Morawiecki said at the ceremony.

President Andrzej Duda recalled that a few days ago, the navigation channel through the Vistula Spit was opened. ‘If I consider that now we have another important step towards strengthening the sovereignty of our country, I must say that I look at our homeland with great pride and I thank immensely all the people who put so much heart, stress and their work into making this investment possible’, the President said.